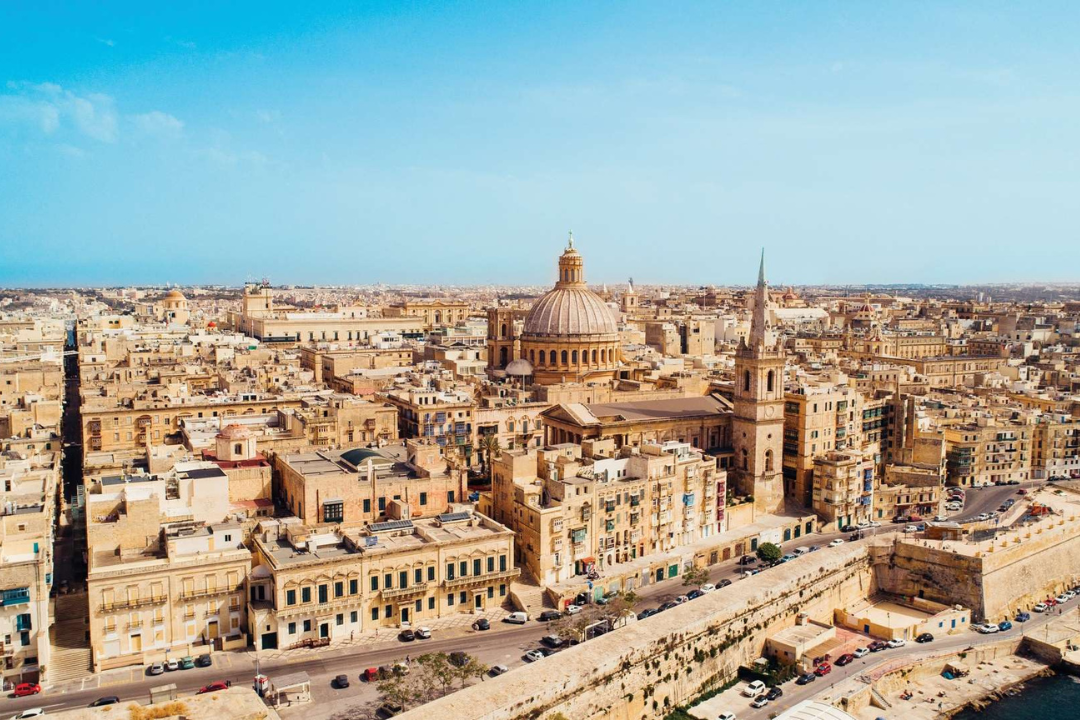 Malta is aglow with an estimated 3,000 hours of sunshine per year.

The exciting history, fantastic food, rich cultural heritage, and natural splendor of this place make it worth the planning and the plane ride.

A trip to Malta is not complete without journeying through time from prehistoric times to the modern day.

History buffs will have a blast exploring some of the oldest free-standing temples in the World.

Delve into Malta’s Roman past, and visit the Domus Romana, where the original mosaics are still in place.

Wander through a labyrinth of tombs in St Agatha’s Catacombs, an underground jewel. This was a place to lay the dead to rest in Roman times.

Feel the magic in every sense and almost palpable energy in Mnajdra Temples. Catch the sun rising, magically penetrating its door and hitting the slabs of stone within. 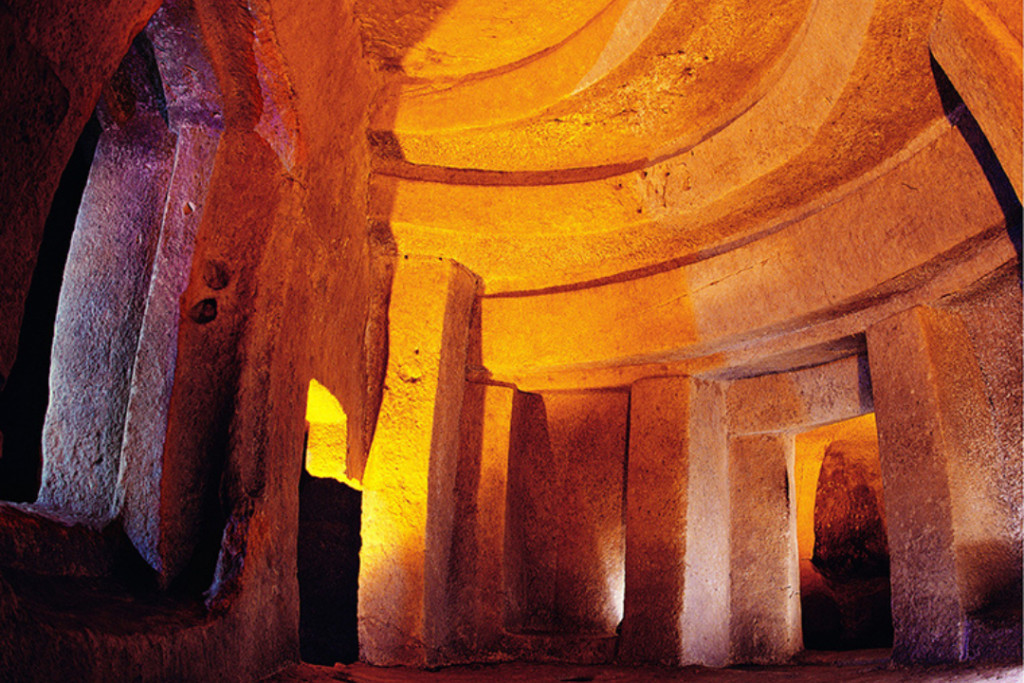 A look inside the underground Hal Saflieni Hypogeum, Malta – Virtuoso

The Maltese Islands have over 350 churches to be explored! The nation’s timelessness of faith is evident in various architectural styles evolving through the ages.

One of the trip’s highlights is a tour at Saint John’s Co-Cathedral and being treated to a display of the baroque architecture and a famous painting by Caravaggio, The Beheading of Saint John the Baptist.

Other churches included in the tour are the following:

Points of particular Jewish Heritage interest include old landmarks and street signs in the walled city of Mdina, where the Jews made up almost one-third of the population. The “Jewish Silk Market” and a “Jews’ Gate” can be seen. 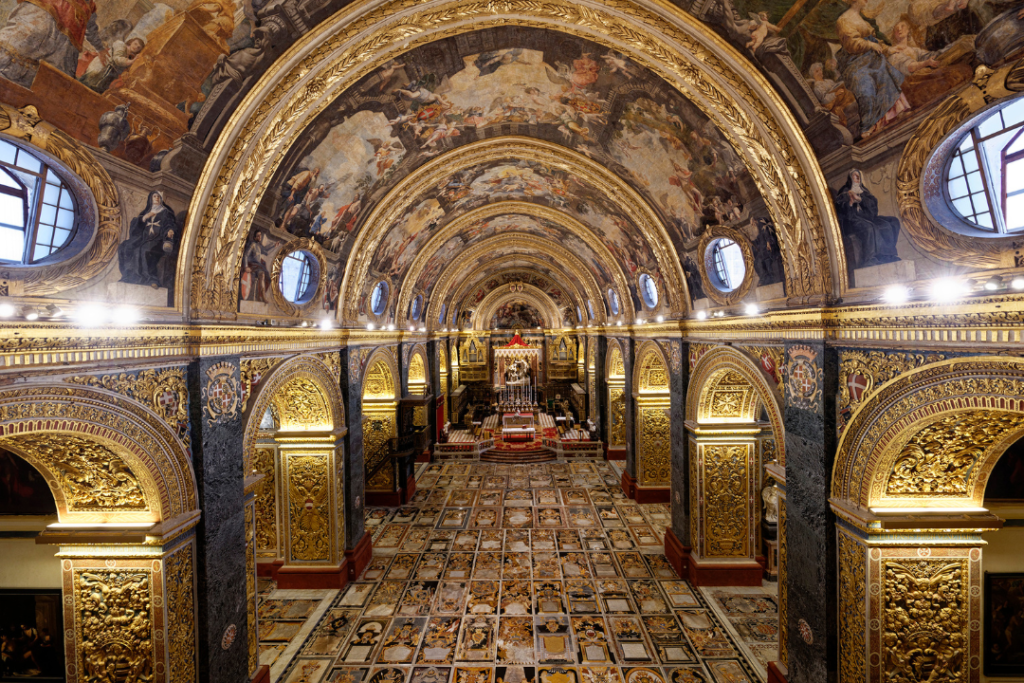 EXPERIENCE THE TASTE OF MALTA

Sicily and North Africa are the influences of Maltese cuisine. An eclectic mix of

Indulgence is key when you visit Michelin-starred restaurants in Malta.

Do not miss De Mondian within the medieval walls of the City of Mdina. Indulge from red prawns to Gozitan octopus!

Try out one of the newest restaurants to earn a Michelin star – Bahia. Here, you can choose from their three Tasting Menus.

For great food and an unparalleled view of the Grand Harbour, walk through the doors of Ion.

Sit in a historic building, enjoy the flavors, and fantastic food at Noni.

Under Grain pays homage to artisan tailors region’s tradition, which can be seen in the decor and the menu design. 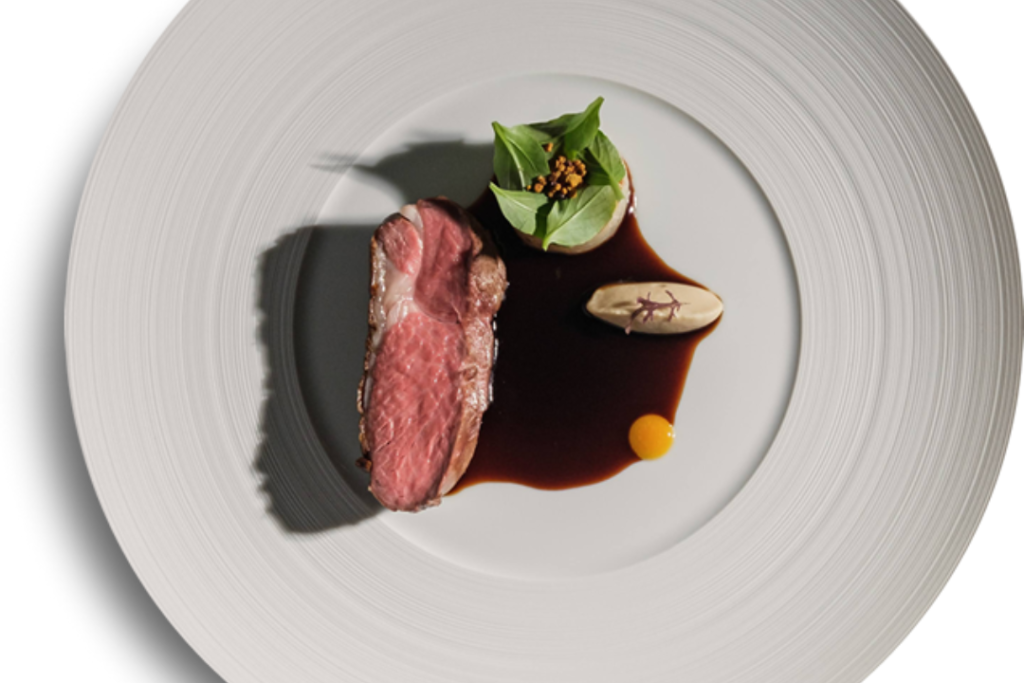 Malta: A peek at Noni’s imaginative approach to eating -noni.com.mt

Create a sumptuous Maltese/Mediterranean lunch using local and seasonal ingredients. This fantastic meal and the culinary journey are accompanied by the best Maltese wine and conclude with coffee and Pippa’s homemade mandarin or lemon liquor.

CRUISE THE GRANDEST AND HOTTEST PORTS FROM MALTA

Viking cruise line began offering three new itineraries sailing out of Valletta this summer, including an 11-day round-trip voyage from the capital with stops at Kotor in Montenegro, Split in Croatia, and quiet Mgarr on Malta’s Gozo island. While in port, there’s also a much shorter sailing from Valletta to the old fortified city of Birgu. Aboard a dghajsa, a traditional Maltese water taxi from the seventeenth century, it’s a scenic boat ride that passes by the marina (look for super yachts) and medieval Fort Saint Angelo. 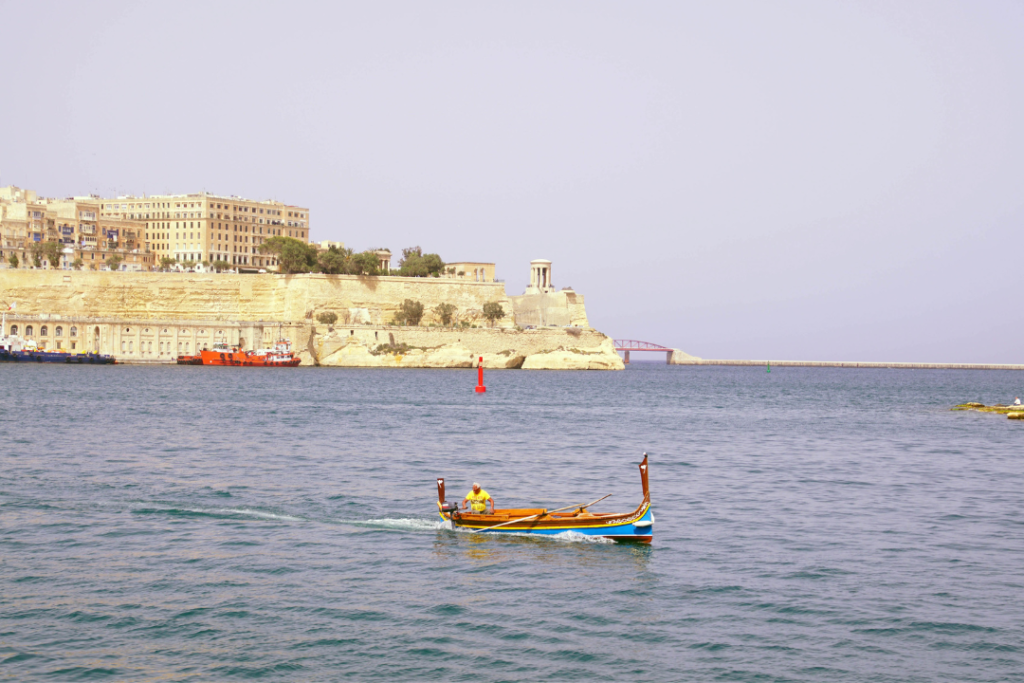 MALTA: CHIC AND LUXURY IN YOUR HOME AWAY FROM HOME

Among the gracious palaces and lively bars and restaurants, the InterContinental Malta holds court. Gaze at the gleaming cityscape and majestic sea from your suite’s terraces and private loungers. 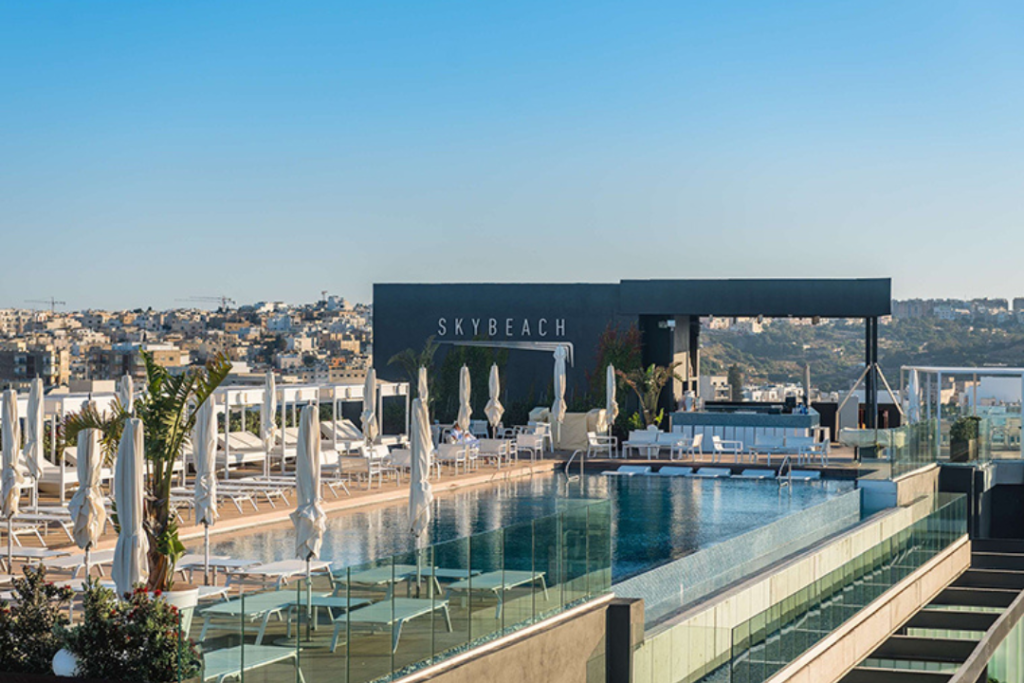 At the InterContinental Malta, check into a Highline Suite for access to the Skybeach lounge and infinity pool – Virtuoso