Sicily: The Italian Island with Its Own Flavor 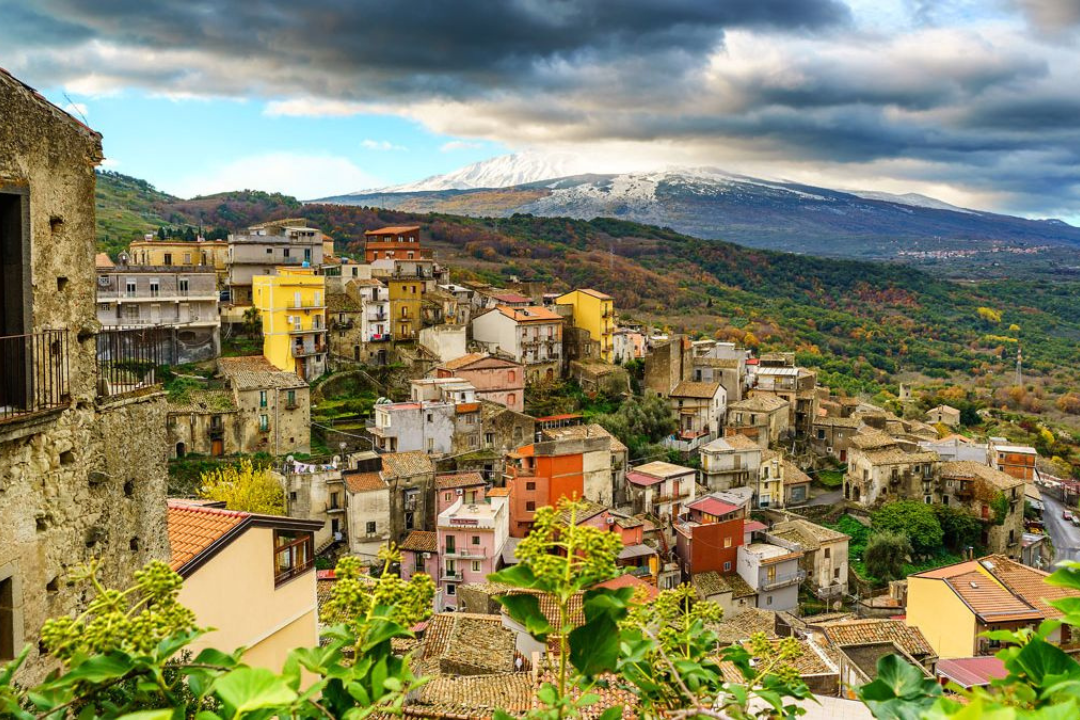 Travel back in time as you explore Sicily. Rich in historic towns, UNESCO sites, and magnificent cathedrals make it a magical destination.

Epicurean experiences with eclectic ingredients and deep respect for tradition caps the trip with an excellent finish.

You can find in Sicily a fantastic display of Greek and Roman temples, structures, and art.

Admire its magnificence at the Greek theater. Marvel at the Roman houses overlooking the sea, and the Aeolian Islands.

The natural scenery is an integral part of the architecture of the theatre. This theatre staged gladiatorial games. However, it fell into disuse in the late imperial period. 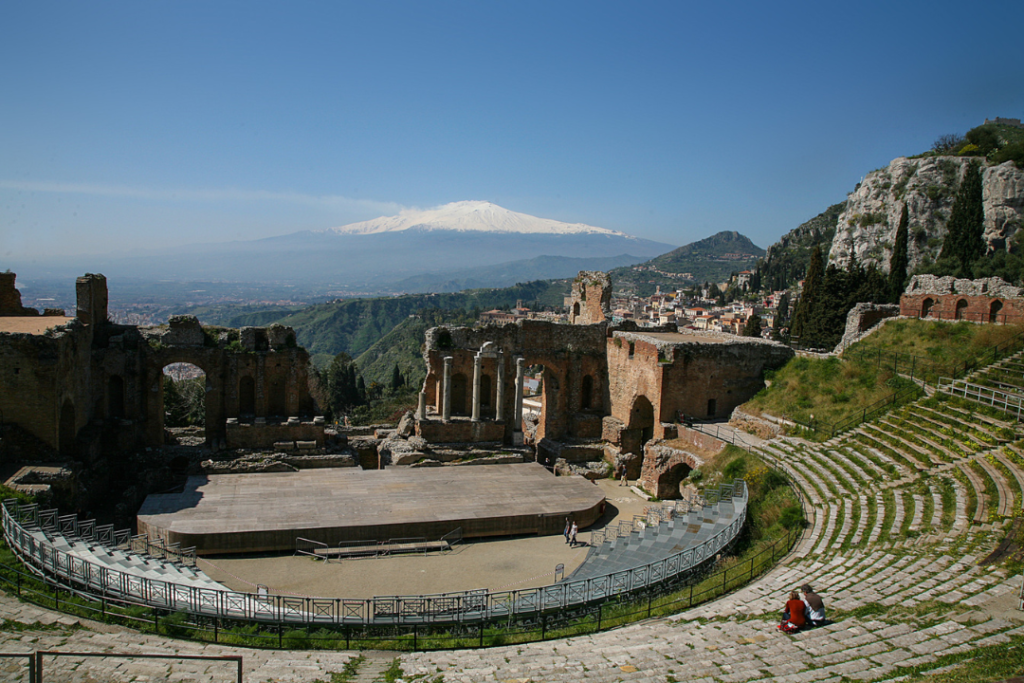 Symbolizing the Roman exploitation of the countryside. This villa exudes a luxury of its kind. It is noteworthy for its incredible mosaics. They are the finest mosaics anywhere in the Roman world. Walk through the prehistoric site overlooking the Valley of Anapo. Find the Anaktoron of Pantalica in the middle of the hill.

The capital during the roman and byzantine times and the most important city in Sicily – Siracusa is among the largest metropolis in the ancient Greek world.

Witness the remains of the Temple of Apollo, the God of the Sun. 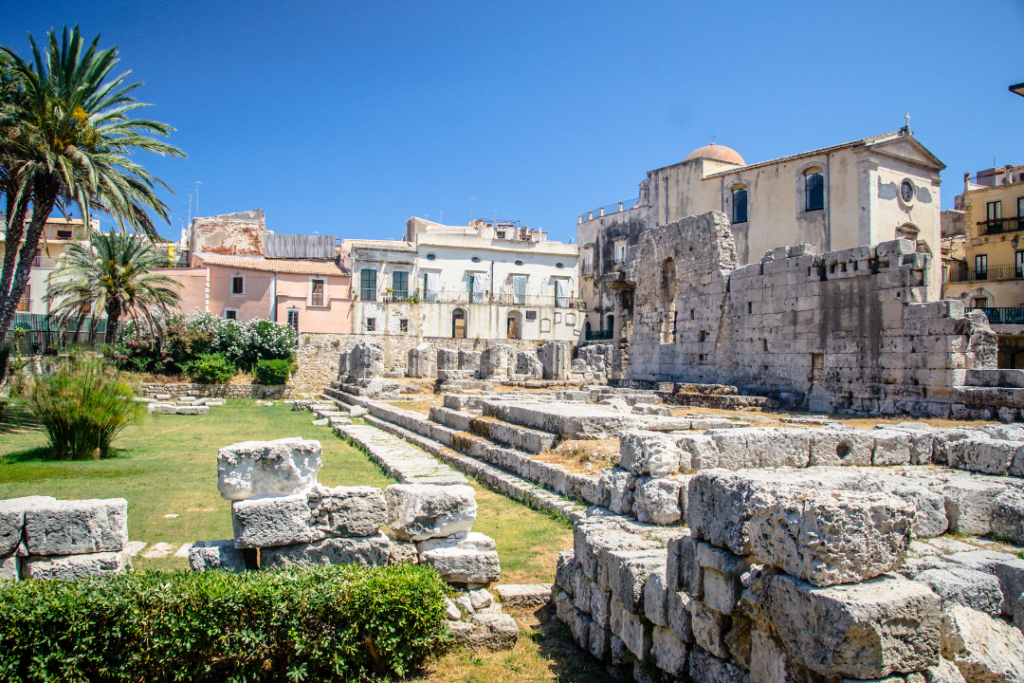 Ruins of Temple of Apollo in Sicily

Undoubtedly the most beautiful of the Norman churches in Sicily. 2200 kg of pure gold makes up the Byzantine mosaics as estimated by the experts.

They were built by the Normans, who came from Scandinavia. Islamic traditions combined with Byzantine influences created a singular style known as Norman-Arab architecture. In 2000, the Sicilian entrepreneurs decided to open the gourmet restaurant Locanda Don Serafino. A part of this restaurant extends into a cave. This Michelin-star establishment ranks as one of Sicily’s top dining venues.

The chef is a champion of local produce. We recommend that you try his famous black-ink spaghetti using sea urchin, cuttlefish, and cow’s milk ricotta.

Inspired Travel designs can take you on Essence of Sicily tour. Experience Luxury Sicily tour that will make your mouth water by sampling amazing treats! 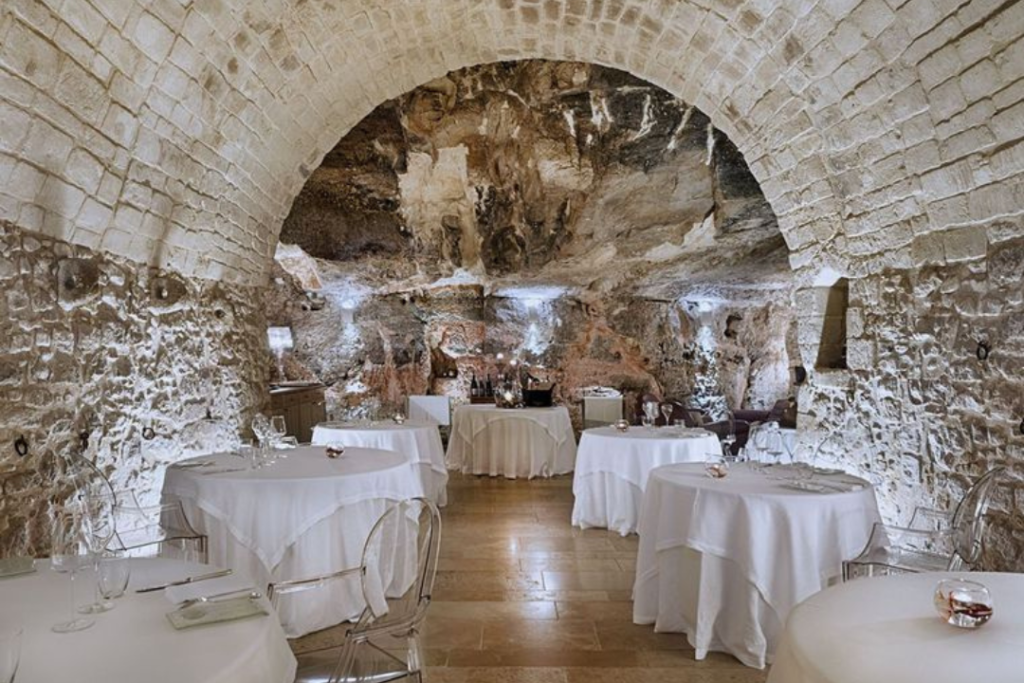 For the sweet tooth, try Cannolo (most traditional of all Sicilian confectionery products). You should also not miss the Cassata (the queen of Sicilian pastry).

Here are the different variations to try:

Don’t miss the Caponata. And make sure to sample the Parmigiana. Explore the towns of Savoca and Forza d’Agro. These became famous when the movie “The Godfather” was filmed.

Robert DeNiro is playing a young Vito Corleone in this movie.

The church of Maria Annunziata Assunta sets the mood of old Sicily. Built-in the 15th century and rebuilt after an earthquake in 1648, its interior includes a famous wooden cross from the 12th century.

If this culturally rich and historical destination sounds intriguing, click here to set up a call to explore more.