Discover the City of Spas & Get Your Youth Back in Budapest 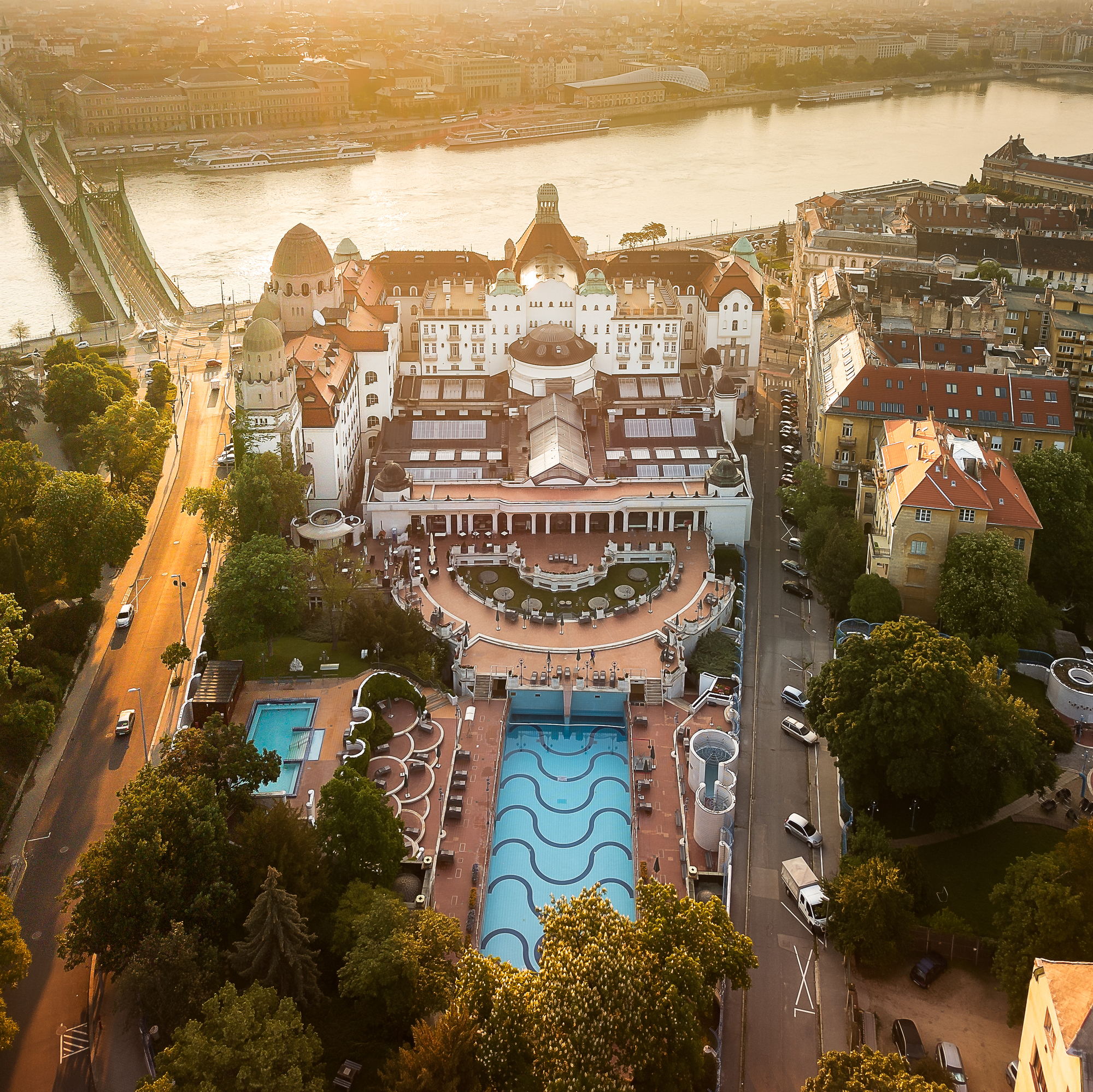 Budapest offers everything from a historic old town, amazing architecture, coffee house culture, and amazing gastronomy.  But perhaps it is most well-known for its thermal spas and baths plus an ancient healing culture. Budapest is a “City of Spas.” Spa tourism is very popular here.

Did you know that there are approximately 1,500 mineral springs currently in use in Hungary today? Adhering to strict standards, Hungary boasts over two hundred water sources. Hydrotherapy and other treatments have a proven medicinal effect.

The history of spa culture in Hungary dates back 2,000 years to the Roman empire. The Turks enriched it in the late 16th to 17th century with an expert infrastructure, some of which still functions today. Around the springs are beautiful baths, mainly created in the 19th century and renovated in recent years, all while carefully safeguarding their tradition.

Not only do they offer a place for recreation, relaxation, and rejuvenation, but most spas are also located in magnificent buildings that are more than a hundred years old. 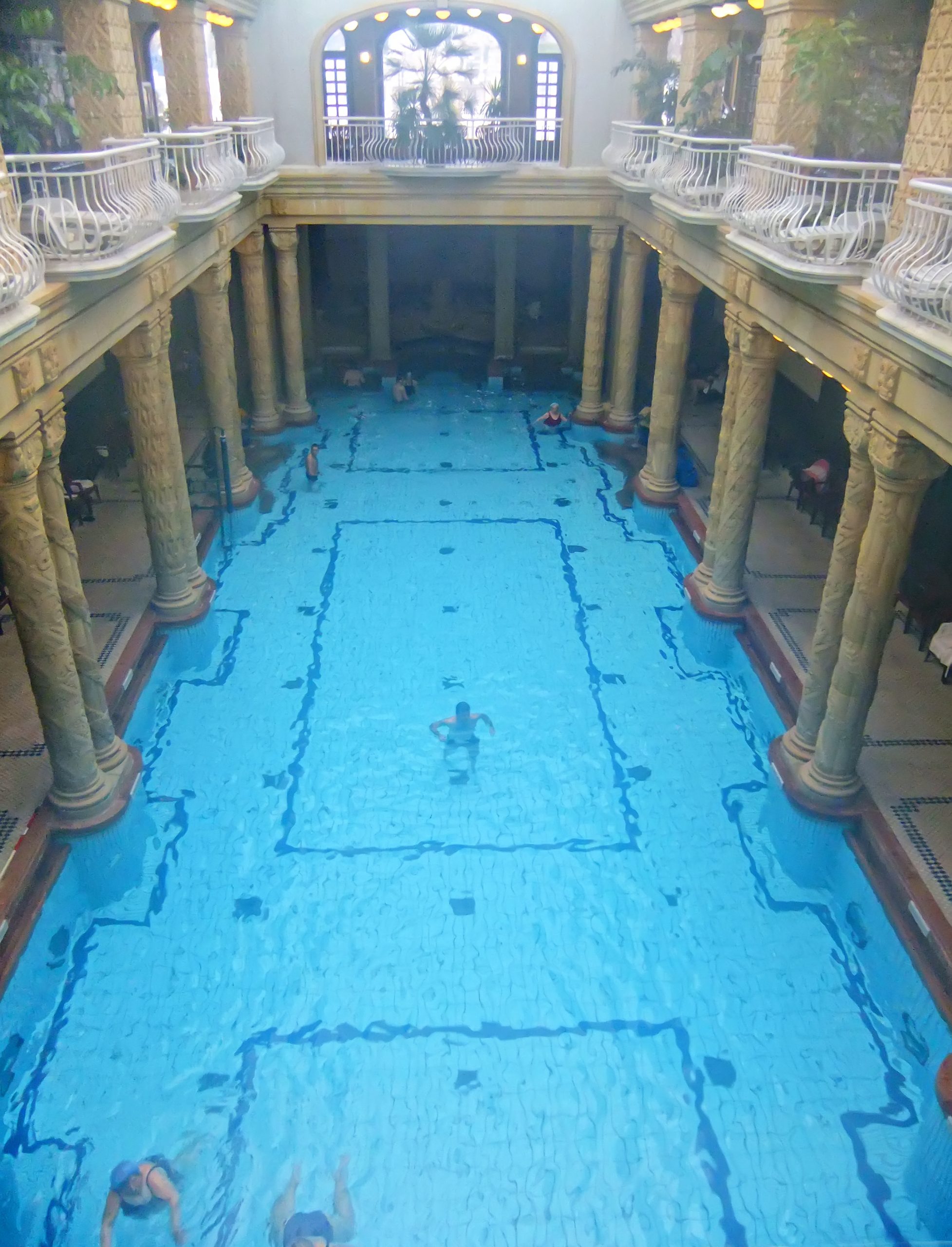 Some are architectural wonders in their own right. Several follow the original Ottoman layout of an octagonal pool beneath a classic cupola. The rays of natural light play on the water within. In Budapest, where spa tourism has been a significant attraction since the 1800s, design styles such as Art Nouveau produced lavish landmarks. Most major spas have an outdoor element, allowing them to double up as lidos in summer, giving the complex a resort atmosphere. 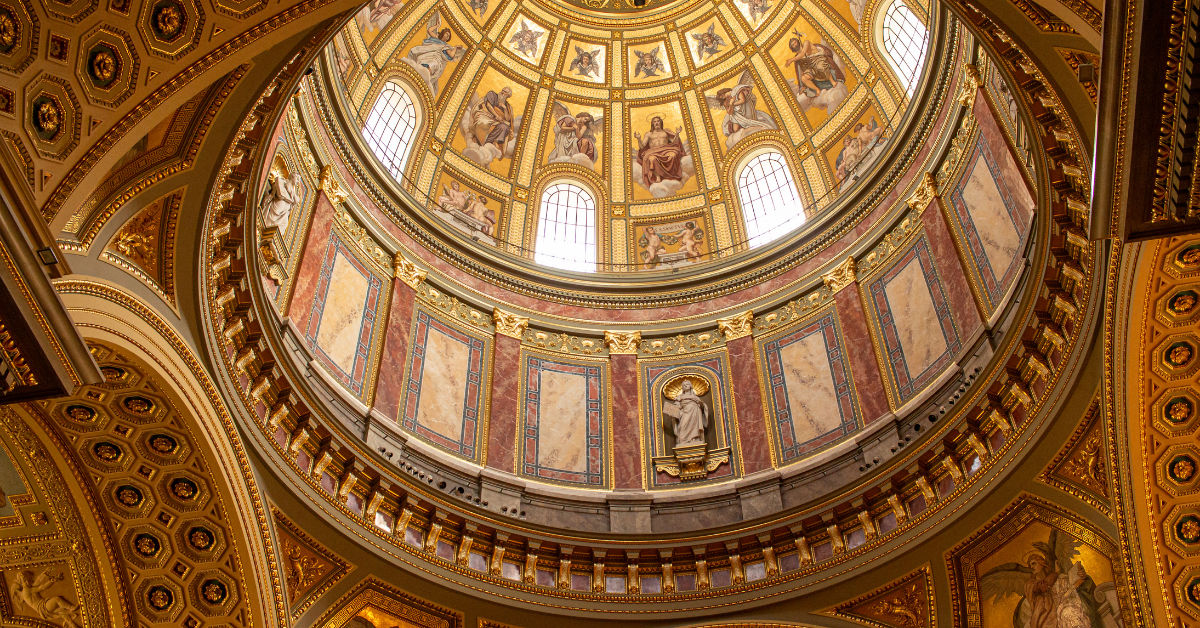 On a more healing note, many spas provide programs of treatment for specific conditions. Here, visitors will be in expert hands, which is why Hungary is internationally recognized as a top destination for medical and health tourism. The certified medicinal waters of Hungary can effectively treat many ailments.

Budapest, the Queen of Bathing Cities

No other capital in the world has more hot-water springs. Whether for rehabilitation or recreation, a visit to Budapest would not be complete without experiencing the city’s thermal baths.

Bathing in medicinal water and springs in the Hungarian capital is an over two-thousand-year-old tradition. The Romans established a flourishing bathing culture on this spot, made possible by the network of 118 hot springs running under the capital city. The springs range from pleasant lukewarm temperatures up to 170 degrees Fahrenheit. More than a hundred man-made wells, in addition to several natural passages, propel the water to the surface.

Building upon the work of the Romans and Turks, Budapest continued to use nature’s gifts with many reputable baths built in the 19th century. Many of which have been renovated over recent years. Visitors can experience this rich tradition for themselves at 14 different spas in the capital.

Budapest’s attractions extend past the spas, as well. With a population of 1.8 million, the capital city offers a busy city highlighted by various wonderful architectural creations from various periods of history. Additionally, there are impressive panoramic views of the Danube and a lively cultural scene.

Some of Budapest’s baths have an atmosphere that feels as though you were unwinding in a museum. The breathtaking complex of the Széchenyi Thermal Bath lies in the City Park on the Pest side in a stunning location. With a flair of the Austro-Hungarian monarchy, the building is a stately sight among the park’s lush trees, and it looks more like an actual palace than a bath. Water-lovers are treated to a total of 21 pools, three of which are outdoors. The sight of chess players in the pool during the day is just as common as the array of colors offered by the “sparty” musical bath nights. 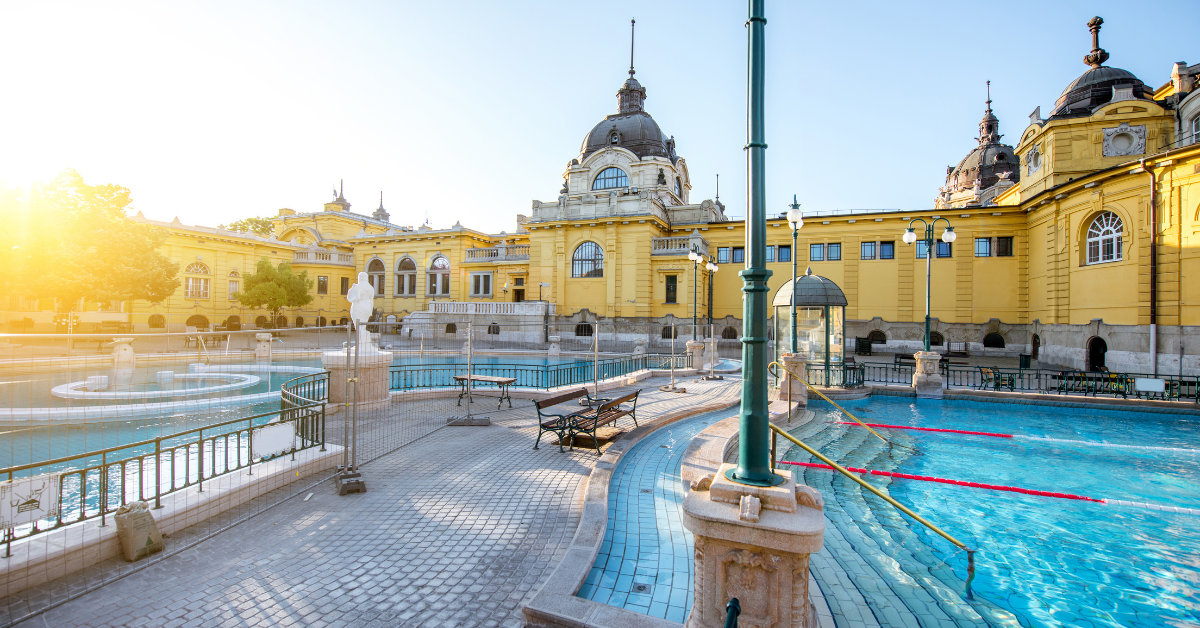 Another unforgettable sight is the Gellért Thermal Spa, nestled at the foot of the Buda Hills, situated on one of the loveliest stretches of the Danube. The halls of the nearly one-hundred-year-old secessionist building might seem familiar from several successful movies. Its turquoise Zsolnay tiles, lead glass windows, and statues have served as inspiration for countless directors in the past.

The other favorite site of the art scene is the Lukács Thermal Bath, which features a wall of commemorative plaques of the many miraculous cases of healing that took place there. The original Turkish baths are another unique feature and historical highlight of Budapest. Following a full-scale renovation, the 16th-century Veli Bej Bath has been restored to its former glory. Make sure to study its incredibly detailed mosaic ornaments reminiscent of the art of the former Ottoman Empire. Located at the foot of Gellért Hill, the nearly 450-year-old Rudas Thermal Bath has also been recently restored. In addition to experiencing the atmosphere of traditional Turkish baths, visitors can take in stunning Danube views. You can view the many bridges from the panoramic pool found on the top of the building.

Bathing in the center of a global city on a lush green island surrounded by parks is just one of the unique experiences offered by Margaret Island in Budapest. Since 1919, this has been the capital’s longest-standing open-air swimming pool, the Palatinus. Today, the facility features giant slides and 14 pools, among other amusements. 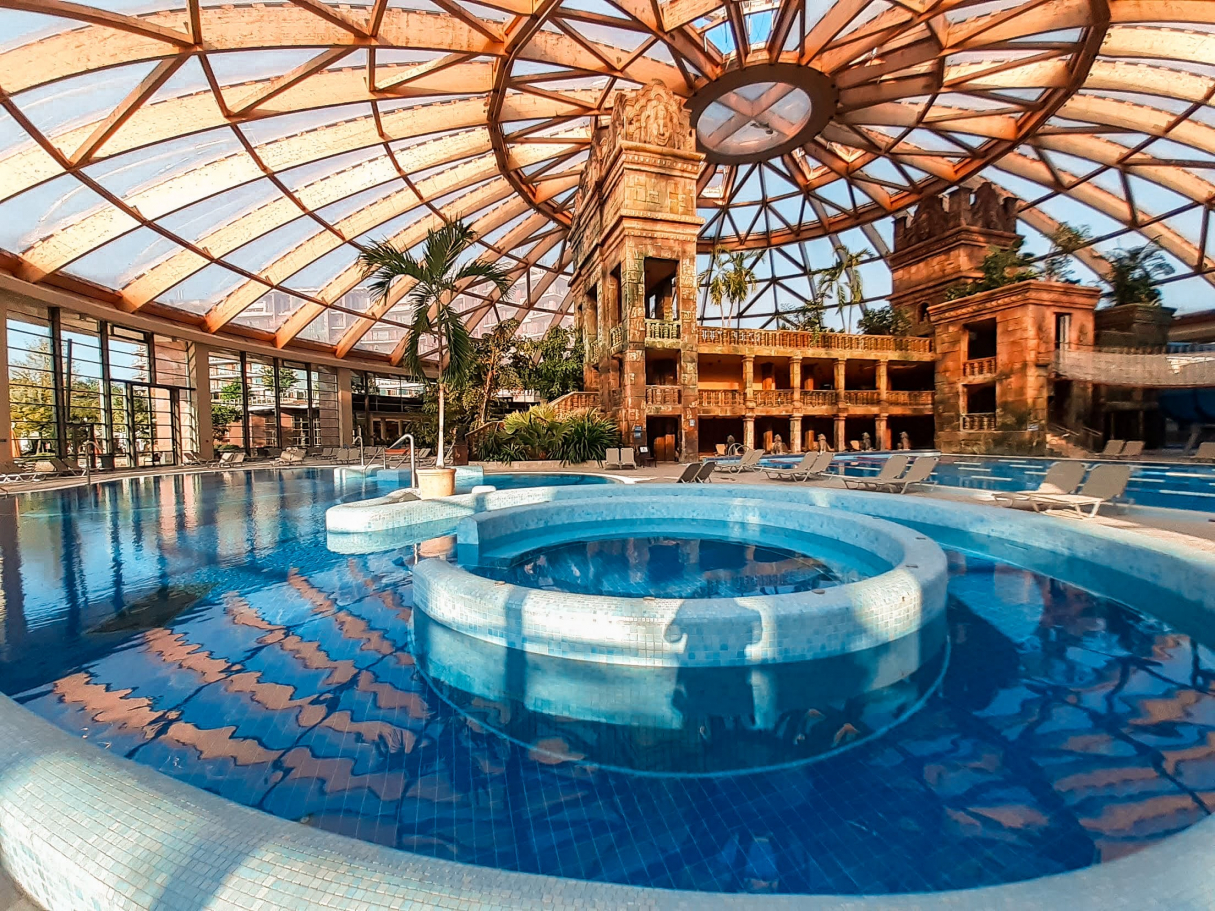 Aquaworld, an adventure pool complex for families. The Southeast Asian Angkor ruins served as the inspiration for the bath’s impressive interior design. The five-floor high enormous dome houses more than 43,000 square feet of water surfaces, including 15 different pools, 11 slides, and dizzying rope bridges, which offer so much fun.

One might run into a famous person or two when visiting the prestigious Gellért Thermal Bath. Past guests have included Queen Juliana of the Netherlands, former U.S. President Richard Nixon, composer Andrew Lloyd Webber, and world-famous actors Uma Thurman and Ryan Gosling.

Budapest is the best city for you whether you are interested in taking the therapeutic waters, a massage, or other healing treatments. Did you know you can reserve private changing rooms and baths in advance? Interested in having a rooftop cocktail party including baths at Gellert? Want to know which spa is best for you?

Contact me here and I will arrange all your spa services without you having to worry about a thing. After all, that’s what a spa experience is all about, no worries!