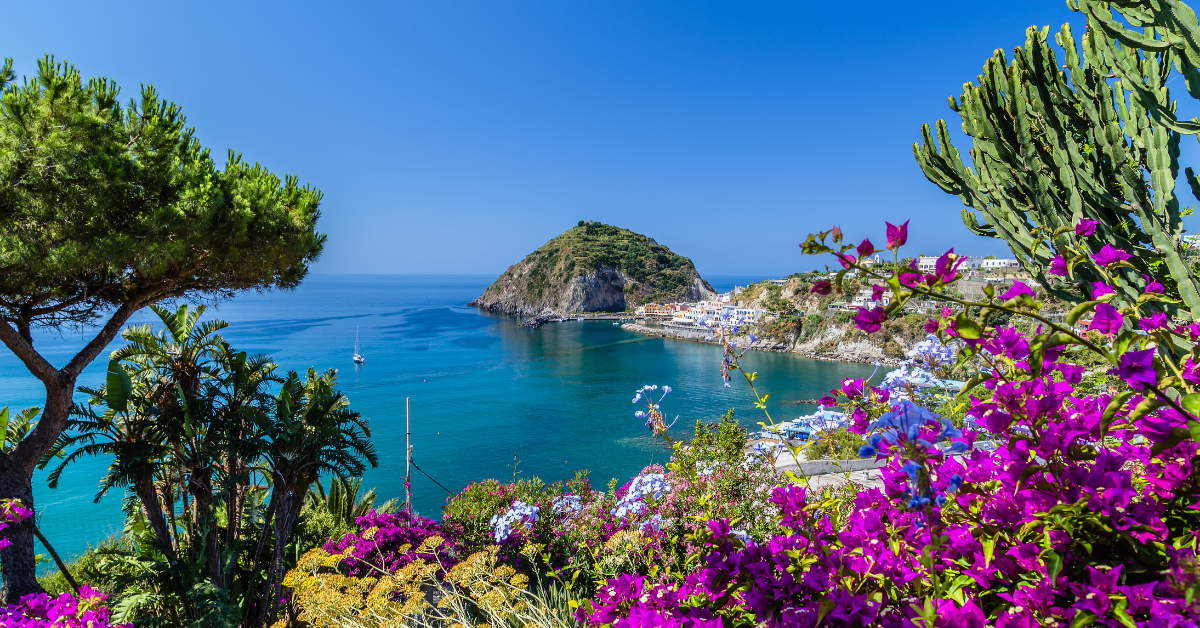 Home to healing hot springs, lush gardens, and laid-back villages – and a setting in My Brilliant Friend – Ischia is an ideal spot for your next island vacation

“Most people know the nearby island of Capri, but I also point my clients to Ischia – it’s authentic Italy,” says Diana Traficante, a Virtuoso travel advisor. “Capri is beautiful, but its center is full of designer shops and can get very crowded,” she adds. “Ischia is nothing like that. It’s salt-of-the-earth Italian, perfect for someone who likes a five-star experience but prefers to fly under the radar. If I could move there, I would.”

Filmed in both Naples and Ischia, HBO’s eight-part drama – based on Italian author Elena Ferrante’s novel of the same name, the first installment in her best-selling Neapolitan Quartet – tells the coming-of-age story of two close friends, Elena Greco and Lila Cerullo, from the time they’re girls playing with dolls through adolescence. When Elena, the novel’s narrator and protagonist, travels from gritty postwar Naples during a summer break in her mid-teens and first visits Ischia, she feels liberated. “I was free,” she says. “I could sit on the terrace and read with the sea in front of me, or walk along a steep white road toward a long, wide, dark beach.”

It’s this sense of openness, serenity, and possibility, as I learned during my own recent visit, that captures travelers the moment they arrive on Ischia. Though the compact, volcanic isle (roughly five miles wide and four miles long) is best known for its therapeutic hot springs, Ischia offers a trove of additional cultural attractions, all meant to be savored at a leisurely pace. The best way to enjoy the island may very well be reading Ferrante’s books on an expansive beach while listening to gently lapping waves, inhaling the salt-scented air, and gazing at the indigo Tyrrhenian Sea. But when your reading is done, be sure to experience Ischia’s other treasures firsthand, starting with the following sites. 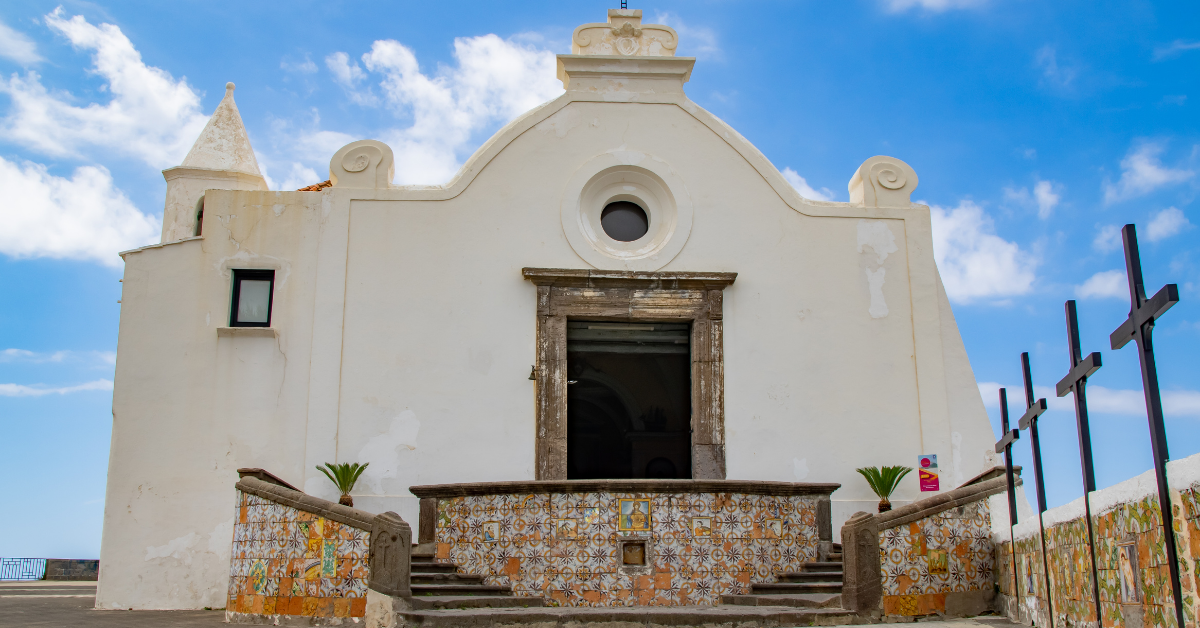 Overlooking the sea in the town of Forio on Ischia’s west coast, the Ischia is an ancient whitewashed church, founded as an Augustinian monastery in the 1300s, that served as a beacon for sailors returning home. The fictional Elena is taken here by friend (and future boyfriend) Nino Sarratore, who tells her that she’ll always remember the view. 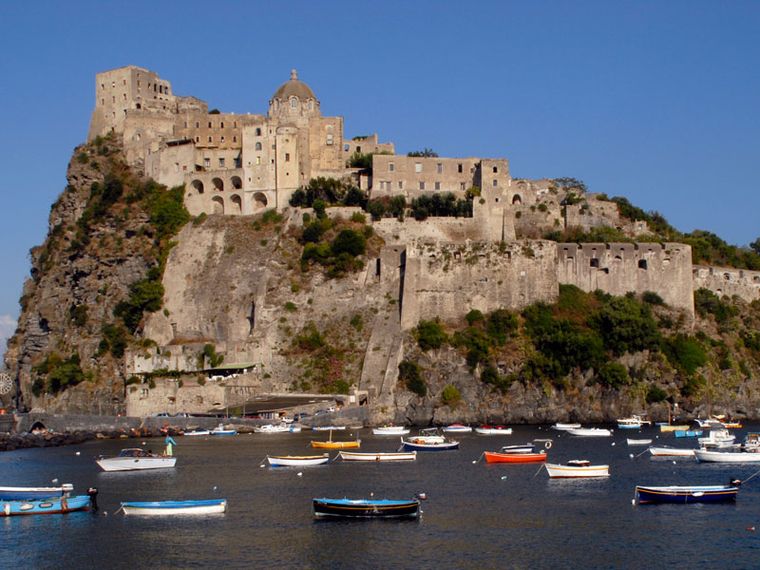 In 1301, islanders fled to the ancient Castello Aragonese d’Ischia to escape a volcanic eruption, and in later years used it to protect against marauding pirates. Occupying a volcanic rocky islet, which connects to the village of Ischia Ponte via a short land bridge, the formidable castle has luminous frescoes inspired by the fourteenth-century Florentine painter Giotto. From its lofty terraces, you can see the Gulf of Naples and a series of volcanoes. 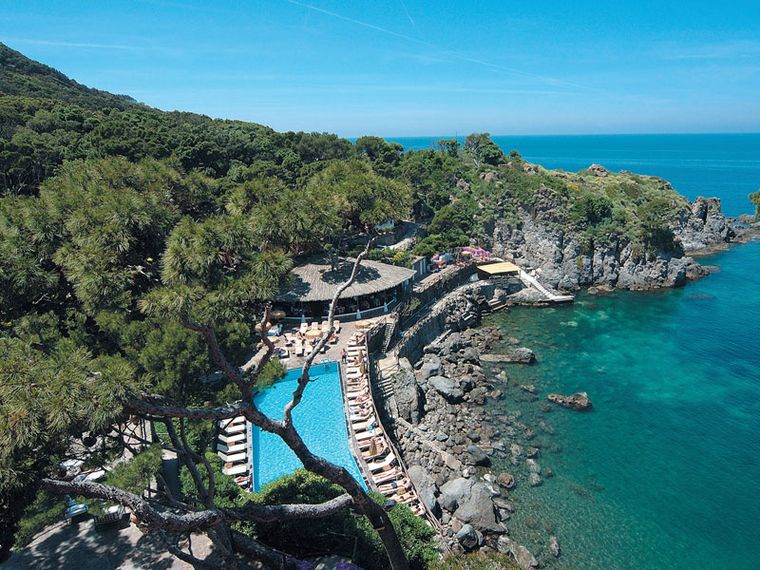 In The Story of a New Name, Ferrante’s follow-up to My Brilliant Friend, Lila travels to Ischia at the request of her husband, who hopes the salubrious atmosphere and mineral-rich baths will enable his teenage bride to become pregnant. In fact, though there’s no proof that the springs increase fertility, they’re credited with easing a host of ailments, including circulatory issues and arthritis. Two five-star resorts on the island, Mezzatorre and Terme Manzi, are both renowned for their hydrotreatments, which use thermal waters from their private springs. At Negombo Thermal Gardens, a day spa overlooking the beach at San Montano, guests can dip into a dozen different thermal pools, each heated to a different temperature. 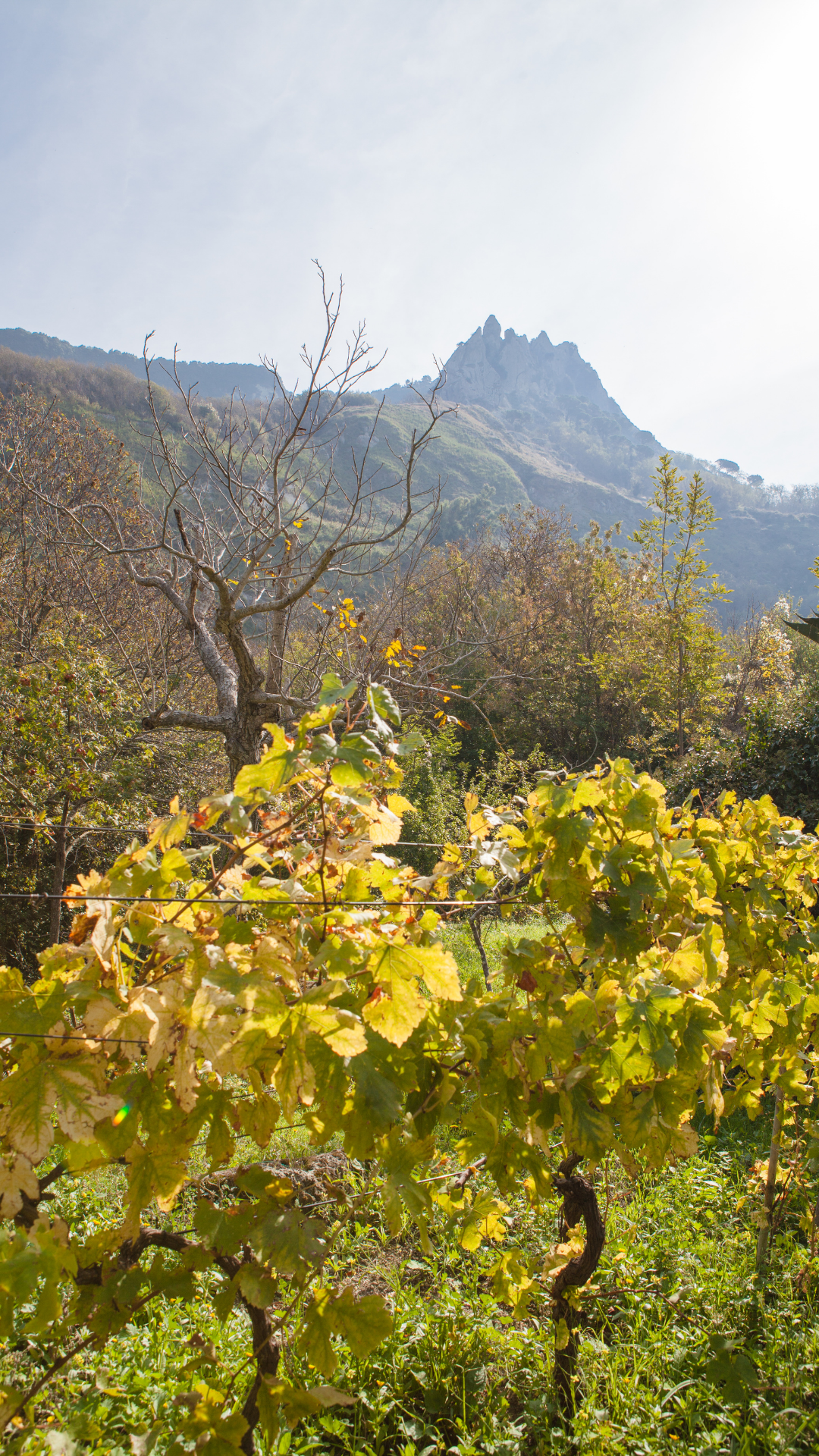 Ischia’s winemaking roots reach back more than 2,500 years, to Greek times. A worthy stop on any island winery tour, Cenatiempo Vini d’Ischia, for example, operates on the site of an old Greek vineyard. During tours of its Kalimera plantation, the family-run organic winery provides guests with a selection of their wines (be sure to try the rosato and gran Tifeo bianco), accompanied by fresh food grown in their gardens. Pasquale Cenatiempo, the affable and engaging proprietor, advises visitors not to rush to their next stop. And with his willingness to keep pouring, he’s right – why hurry?

Established in 1880, Perrazzo Vini d’Ischia is purported to be the island’s oldest wine vendor. Located at Ischia’s port, the shop has a long grotto built into a hillside nearly 2,000 years ago by Romans to serve as a wine cellar. Rustic bottles and winemaking equipment from decades past decorate the cave, which stays around 60 degrees Fahrenheit. Most of the wine on Ischia is white, its flavors a product of the volcanic terroir, which lends a crisp, mineral taste; you can sip local varietals such as biancolella and forastera before buying. For a souvenir, pick up a bottle of Rucolino, a distinctively piquant Ischian liqueur made from arugula, citrus, and spices. 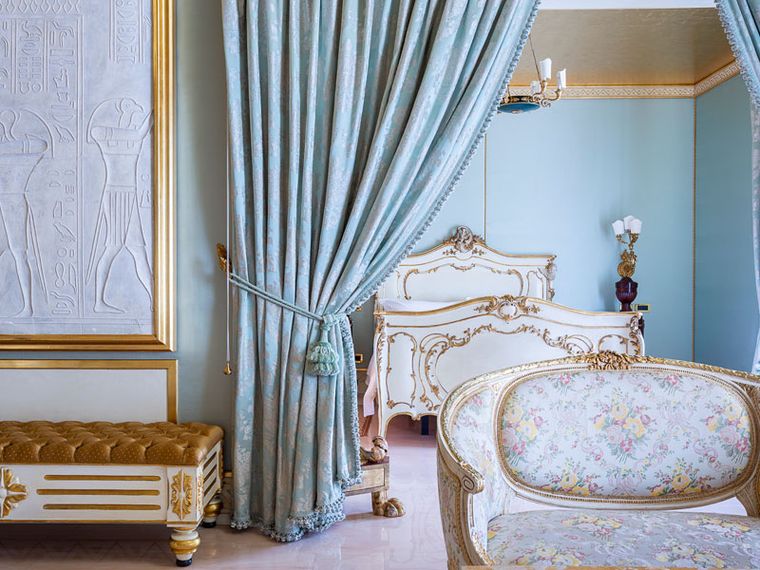 In the mid-twentieth century, British composer William Walton put his Bentley on a ferry and moved to Ischia with his wife. At their five-acre home near Forio, they grew myrtle bushes (whose leaves and berries flavor mortella, a potent Italian liqueur), as well as orchids, rosemary, and lavender. Today, the property, La Mortella Gardens, is open to all – visitors can stroll past fountains and ponds along hillside paths, as honeysuckle scents the air.

For a watery view of Ischia, hop from one coastal village to another via a private boat tour. Your travel advisor can work with one of Virtuoso’s on-site tour connections to craft a daylong itinerary tailored to your tastes. A few suggestions: Maronti, a thermal beach with sand so hot that locals bury pots in it to cook stews, and nearby Sant’Angelo, a car-free fishing hamlet that’s home to mom-and-pop restaurants with umbrella-shaded tables on a seaside piazza.

This article, by Michael Shapiro, originally appeared in the February 2019 issue of Virtuoso Traveler.