London has a peculiar culinary charm that reveals itself slowly, corner by corner, institution by institution, rewinding the clock on its staggering 2,000-year history. Journey through taste and nostalgia and discover London’s most iconically British food.

The long line at the Regency Cafe moves fast. A few minutes wait, and you’ll find yourself at the counter. Read the old-fashioned red felt menu board just moments before it’s time to order. A dozen different combinations tickle not just your eye but your tastebuds from a dozen ingredients: eggs, bacon, sausage, chips, mushrooms, tomatoes, baked beans, black pudding, hash browns, toast, buttered bread, and the unmistakably British bubble and squeak, a savory fried pancake made from cabbage and mashed potatoes. The sandwich menu is equally prosaic.

The food is hearty, cheap, hot, and delicious – and tastes just like you imagine it will, but better because it’s nearly all fried, then lashed with a mysteriously sweet and savory, vinegary sauce called, simply, “brown sauce.”

Founded in 1707, with a royal warrant as the queen’s grocer, Fortnum & Mason never fails to cheer you up. Waltz through its minty-green arched doorway and six floors of the plush red carpet and crystal chandeliers.

Are you looking for marmalade? There are 35 varieties to choose from, including flavors such as lemon chamomile, blood orange, and rose petal. Prefer some honey? They stock jars sourced from almost every county in England. The magic is that even the fanciest jar feels accessible, a bounty on offer, and even a ten-pound note will get you a treat.

The chocolate counter puts you in a Nancy Mitford novel: rows of scented rose and violet creams with candied petals tucked into a telltale turquoise box. Load up a picnic basket with potted Stilton, gherkins, Welsh rarebit, waxed cheddar, Scotch eggs, sausage rolls, and cold-smoked chicken, and bam, you’re off to the races – or at the very least, St James’s Park, which is just a stone’s throw away, at the very foot of Buckingham Palace. 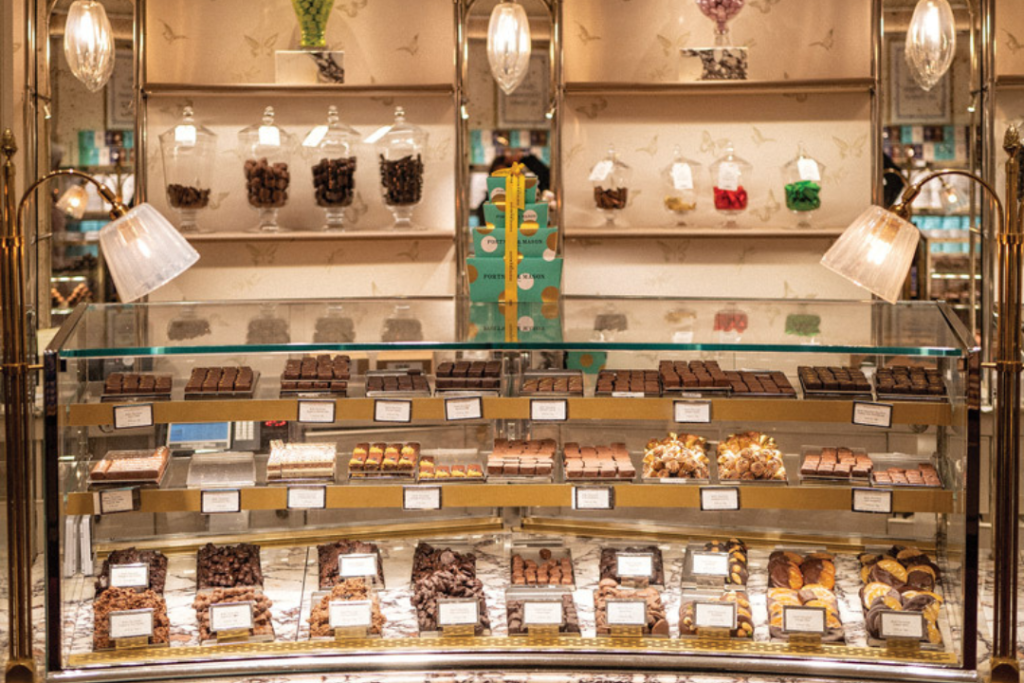 Berry Bros. & Rudd is a fine-wine-and-spirits merchant founded in 1698. It is still trading from its original black-arched, wood-paneled premises on St James’s Street. The shop supplies the Prince of Wales with wine. Vaulted brick cellars offer wine tastings, and the shelves hold classic vintages and surprises, such as British bubbly from Hampshire. 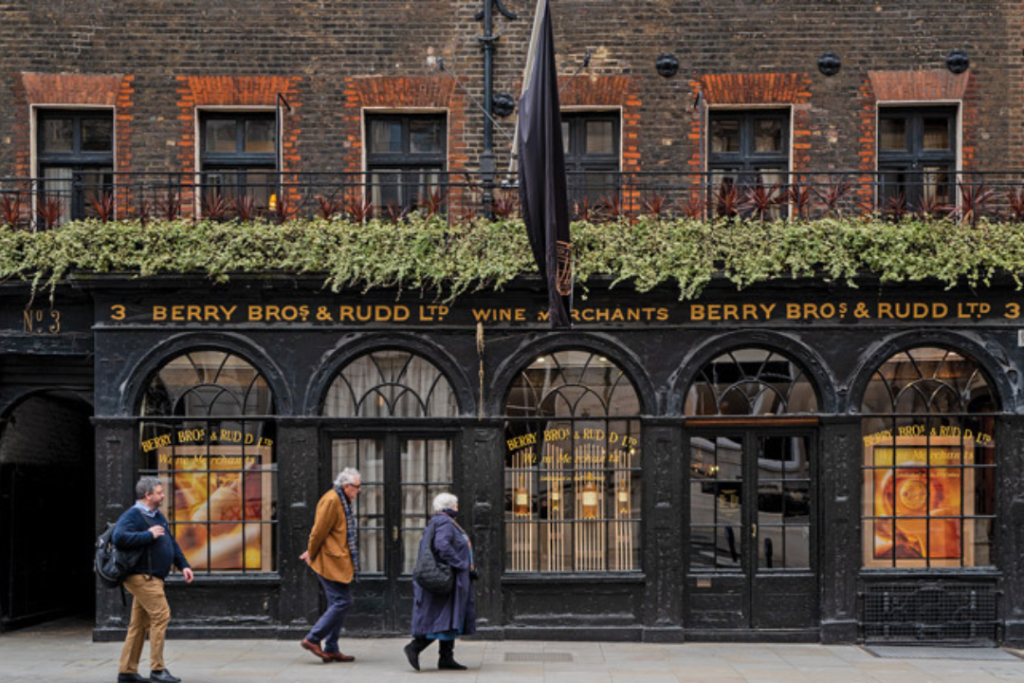 Sweetings is a classic seafood restaurant that will catch your eye the old-fashioned way: with a massive pile of gorgeous, fresh oysters heaped on ice in the front window. They enticed will entice you as they have been Londoners since 1889.

Open only for lunch; it draws a mixed bunch. Navy-blue suits fill stools while fashionable friends mingle over the signature Black Velvet cocktail, a heady mixture of Guinness and Champagne, served in a pewter tankard.

All bets are off: bacon-wrapped scallops, shrimp cocktail served in a silver footed dish, and half a dozen oysters –

the briniest of your life – from Mersea Island off the Essex coast, shells still sporting fresh seaweed, studded with barnacles.

There’s an immediacy to even the highest-quality food in these London institutions – a no-nonsense simplicity that comes as a relief, a “what you order is what you get” sense of comfort that all the newness in the world can’t conjure up. After all, the spots we return to time and time again, generation after generation, are the ones that make us feel at ease and provide space for life to unfold at the table. 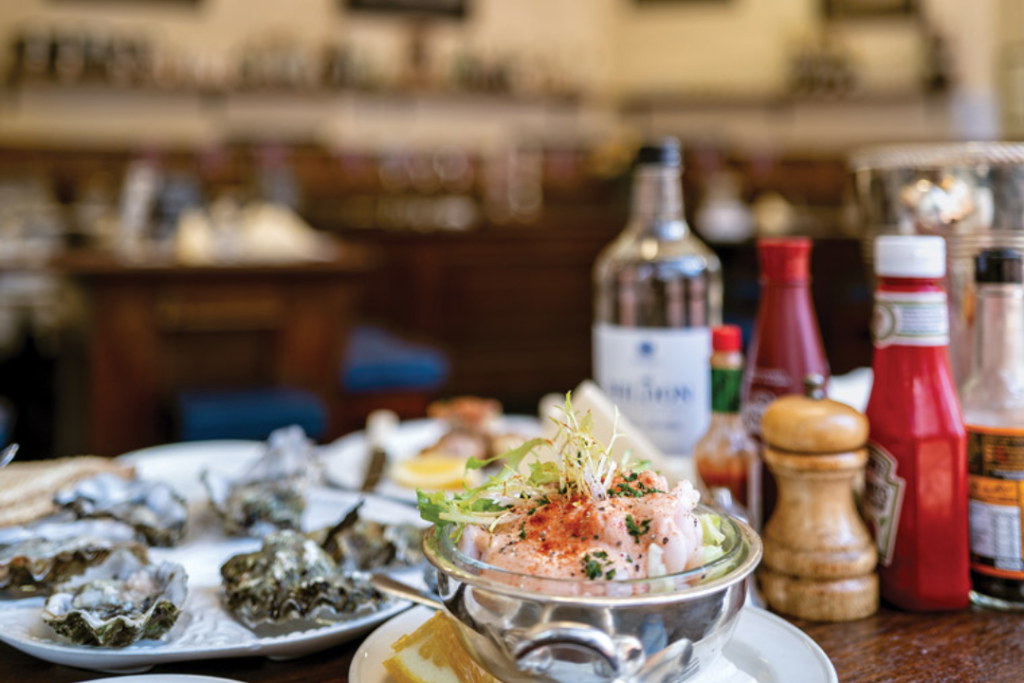 Satisfy your gastronomical cravings and feel the warmth of nostalgia, book a call and let Inspired Travel Designs take you on an iconic London food crawl.