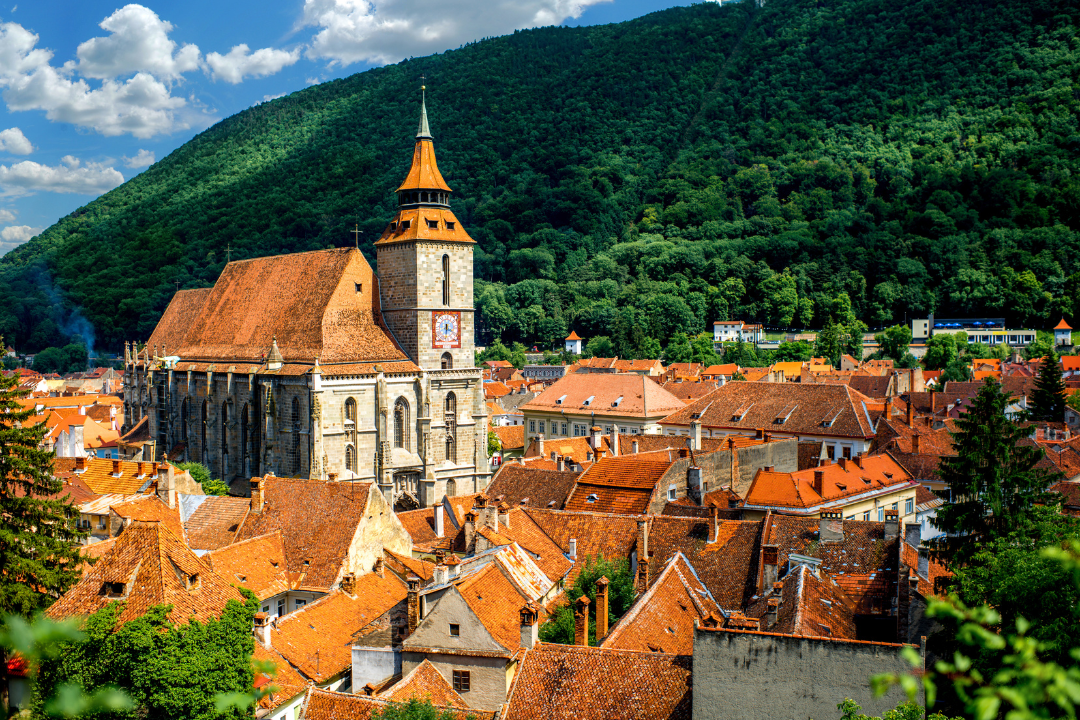 Romania is as romantic and remote a place as you can imagine and still cloaked with specific European ease.

Experience the past and walk as if you are in a fairy tale, traverse through castles, ruins, and Medieval villages. Romania catches the imagination of every person who visits.

Walk through the old city center and tour the majestic Palace of Parliament.

Explore Bucharest, the capital and the largest city in Romania. Imagine going through the Palace of Parliament, which boasts 1,100 rooms, countless chandeliers, more than 200,000 square meters of carpet, and an area of over 365,000 square meters. The Palace of Parliament Romania at Sunrise

Take a trip to Lipscani, the commercial center of Bucharest

Get a glimpse of what Bucharest is like before the Second World War. This is now a stylish pedestrian zone that has boutiques, restaurants, and bars in restored buildings. 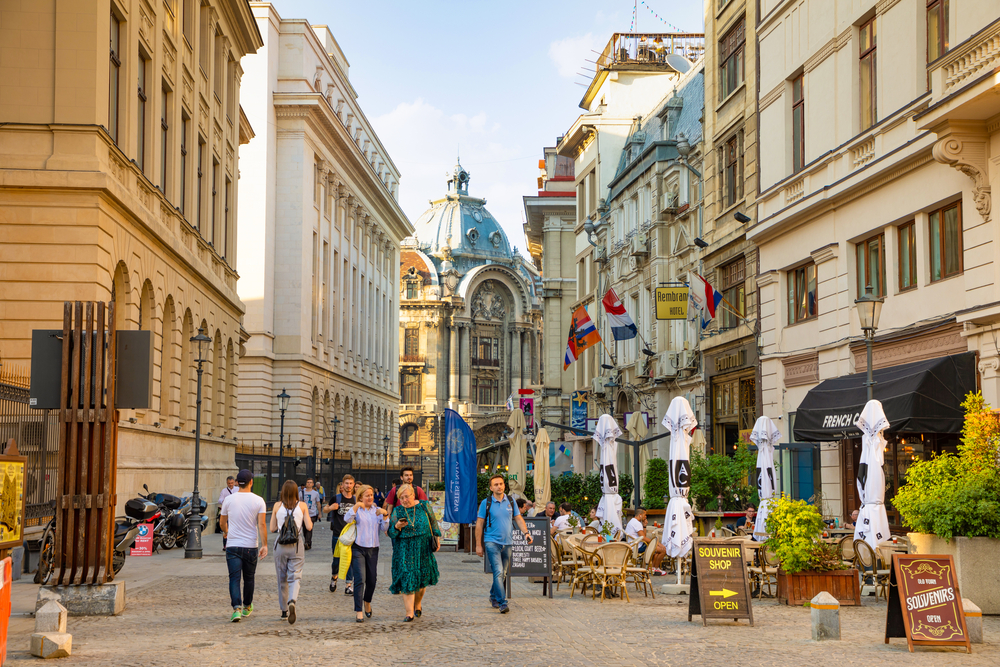 Bucharest, Rumania: Tourists in Old Town and Restaurants on Downtown Lipscani Street, one of the busiest streets of central Bucharest, Romania

Stop by the Romanian Patriarchal Cathedral

This cathedral was founded by the Prince of Wallachia, Constantin Șerban, in the 1650s. The relics of Saint Dimitrie Basarabov – the patron saint of Bucharest, are held in this church.

The Onion Domes of the Bucharest Russian Church

You can’t miss this fantastic architecture because of this building’s seven onion domes.

A sizeable donation from Tsar Nicholas II is given for the construction.

From the example at the Church of the Twelve Apostles in the Kremlin, view the gilded wooden iconostasis. 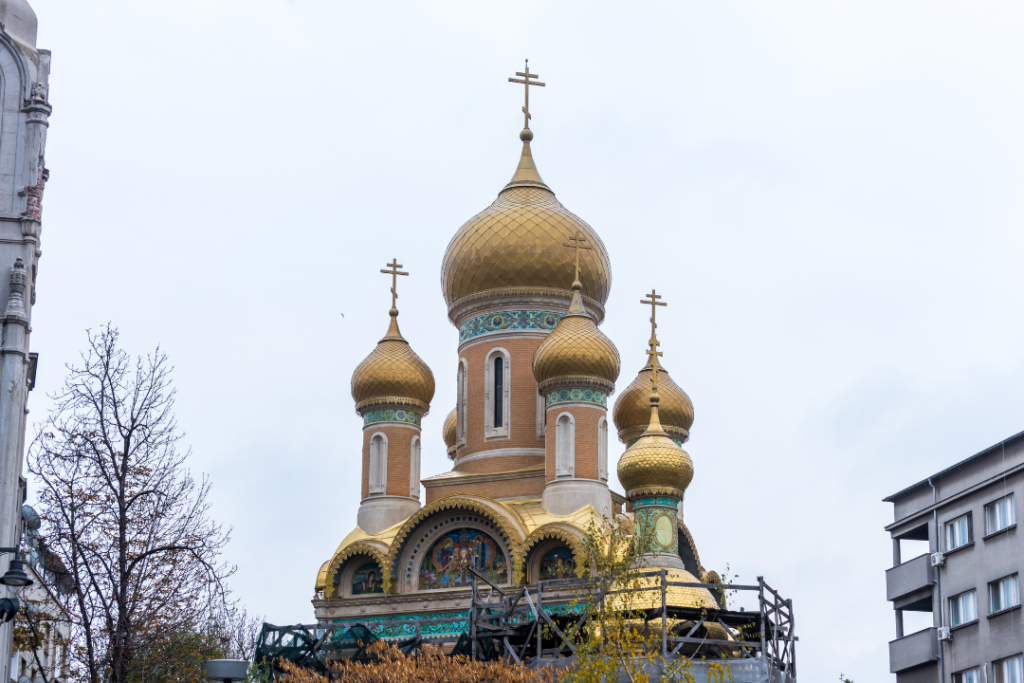 A Beaux-Arts/Art Nouveau palace – one of the most beautiful properties in Bucharest. Notice an exaggeration of the iron and glass entrance canopy.

This museum has a connection to Romania’s acclaimed composer, George Enescu, known for Romanian Rhapsody No. 1 and No. 2.

TRANSYLVANIA: THE MAGIC OF THE ROMANIAN COUNTRYSIDE

All thanks to Bram Stoker’s “Dracula” novel, The Bran Castle is now the most famous place to visit in Transylvania. The story of Vlad Tepes, also known as Dracula, is only one such incredible tale of a 15th-century nobleman. Corvin Castle may not be as famous as Bran Castle, but this will give you an authentic medieval feeling. Hear about the family’s seal legend and the story about the raven with a golden ring in its beak. Salty Air is Good for your Lungs!

Have you heard of salt therapies or sitting and breathing the salty air? People with respiratory concerns such as asthma are being sent to these therapies, and that is because salty air is good for the lungs!

Famous for its light installations which create stunning views of the grottos, walls, and open spaces, is the Turda Salt Mine. An unusual attraction that one should not miss! 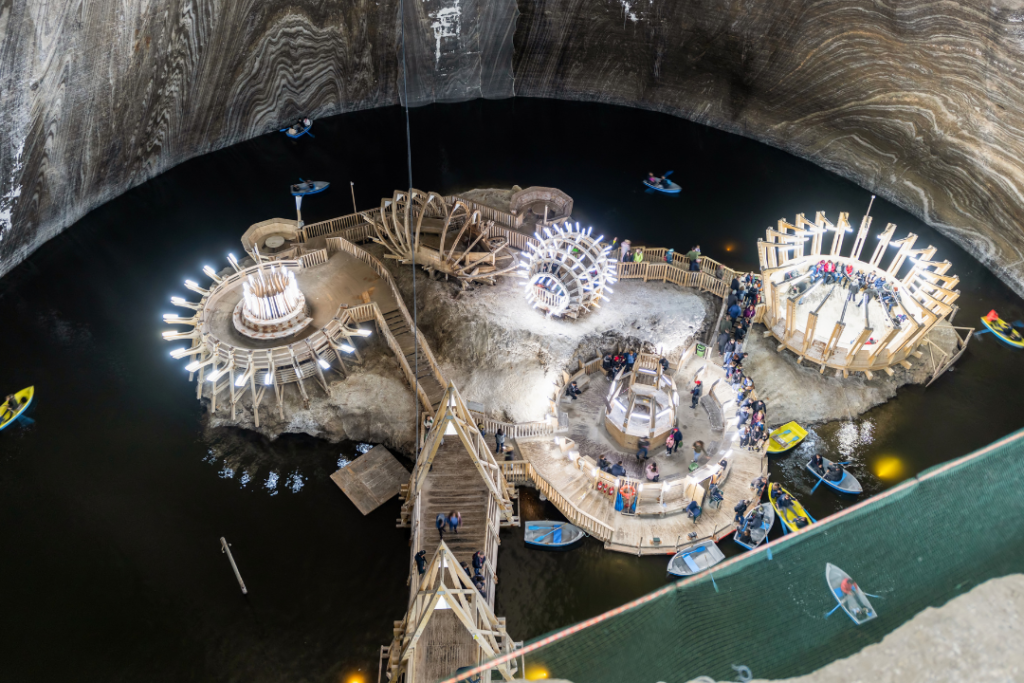 MARAMURES: THE SOUL OF ROMANIA

Maramures region is famous for its unparallel rural sights, quaint woodwork, and craft centers, as well as for the wooden churches and original rustic architecture.

The Cemetery that Tells a Story

The Merry Cemetery in Sapânța is a must-see. Stories about the deceased are found in their tombstones in creative rhymes. These tombstones are colorful with native paintings. It is a local tourist attraction that makes a lot of people take selfies with crosses. 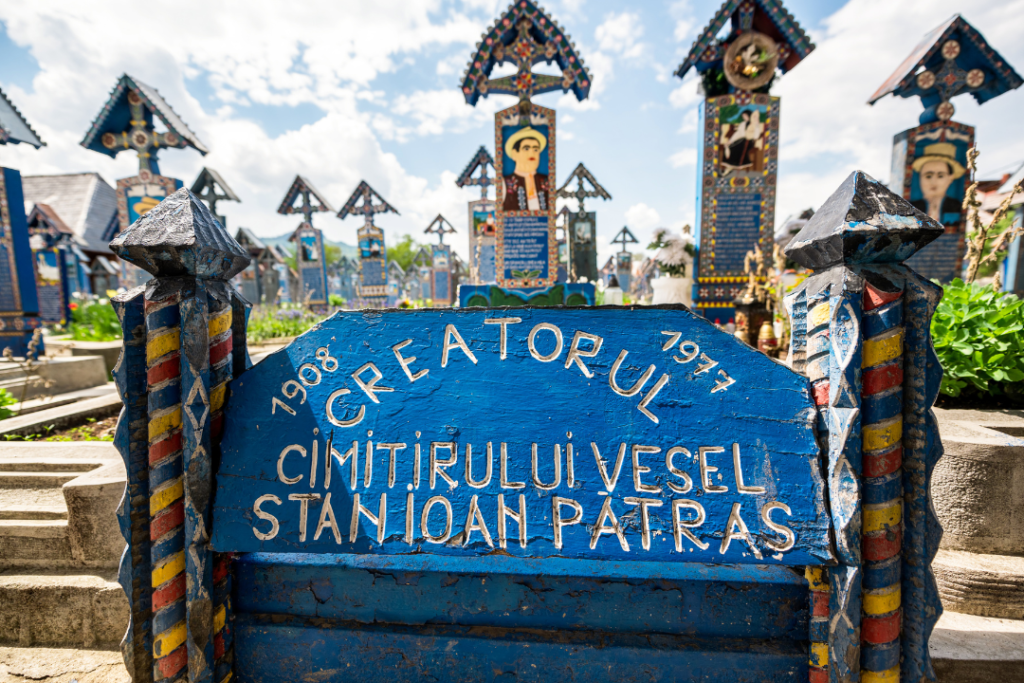 Take a walk through the picturesque courtyard and beautiful garden with flowers. The Old Church of Barsana is a testament to the distinctive Maramures architecture. Immerse yourself in the spirit of Romanian village celebrations! Dress in your best Romanian traditional costumes and join in the dance and music.

Romania is a great alternative to some of the busier destinations in Europe! Satisfy your wanderlust. Let’s talk!