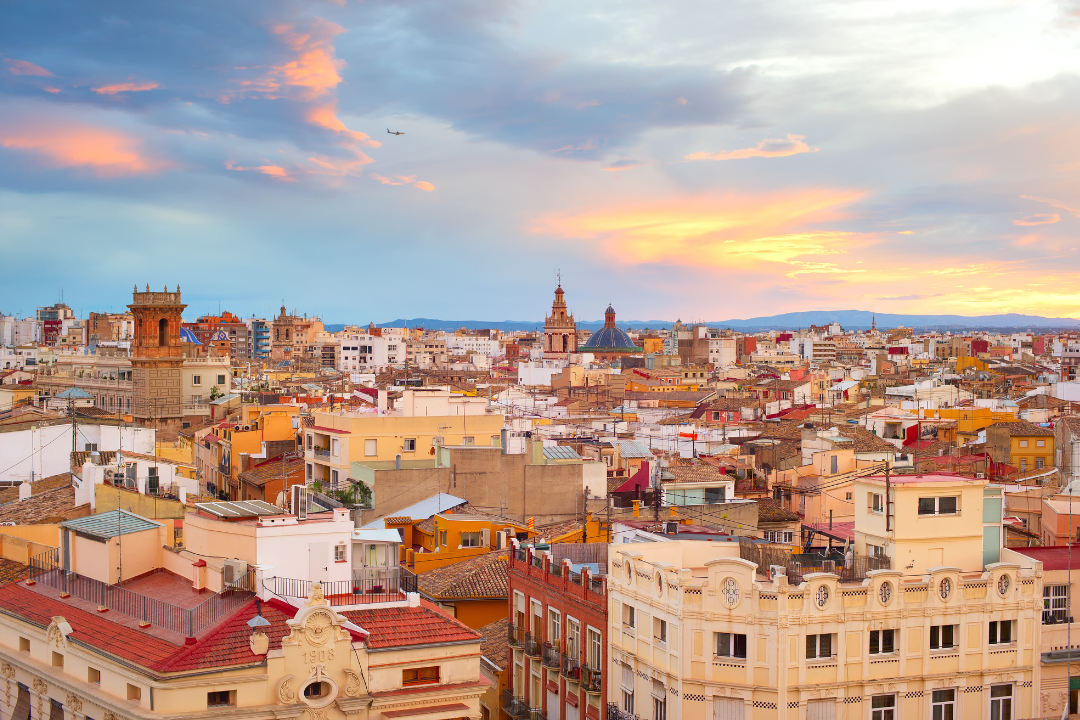 Blossoming a perfect destination, Valencia is getting more and more attention. The secret charm is slowly getting out! Valencia is no longer an “ugly sister” of Barcelona and Madrid. In fact, it is a great alternative to the bigger, more crowded cities!

THE ROOT OF PAELLA: VALENCIA!

A hearty serving of Paella makes one swoon over Spanish cuisine! The Valencians have their take on this and created a crowd favorite made with all sorts of things from rabbit, chicken, snails (yes!), and sometimes duck.

Here are the best places to have that comforting Paella:

Casa Carmela goes back to 1922 by Jose Belenguer and is passed down four generations. They take honor in serving some of the best Paella in Valencia!

El Raco dela Paella is a ten-table restaurant. You’ll get the pleasure of having their must-try Paella de Pollo in a more authentic Valencian atmosphere.

You’ll find this charming restaurant in the tiny village of El Palmar, just south of Valencia. Make sure to try their famous Clochinas (mussels)! Make sure to book in advance because the secret is already out!

Overlooking the Mediterranean lies La Pepica, a restaurant with more than 120 years of history. Have their seafood paella while sitting right on the beach outdoors. 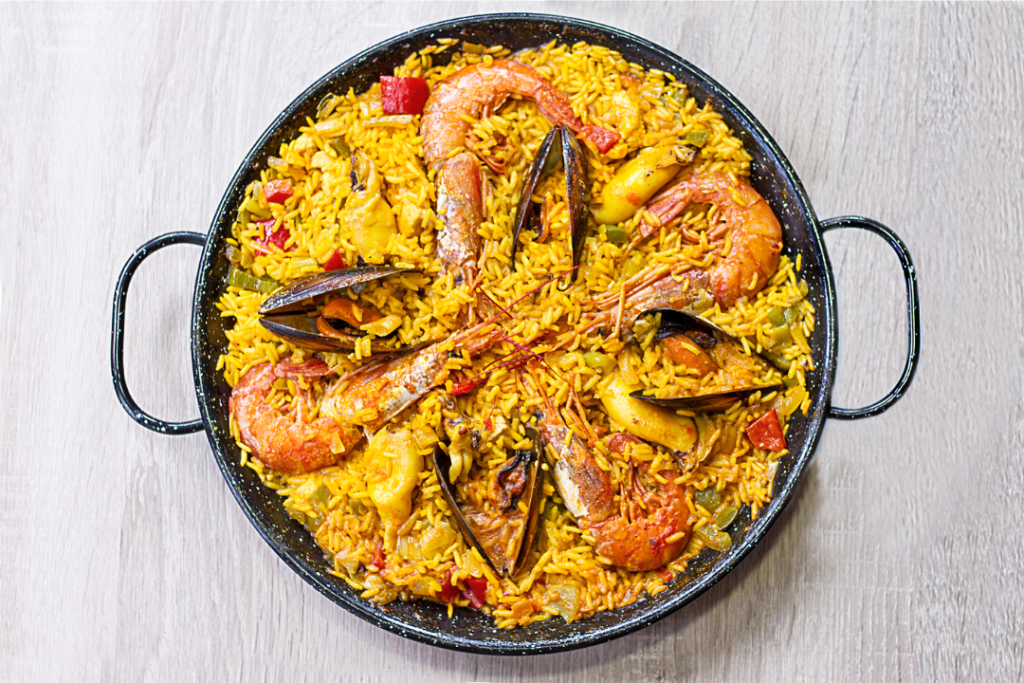 Paella, the dish of Valencia, Spain

One of the best food experiences would be in the incredible Central Market. Valencia’s Central Market is one of Europe’s oldest running food markets. This vast space bustles with shoppers every day until mid-afternoon. Prepare your tummies while wandering the stalls piled with the freshest local produce. From cheeses and jamon to artisanal craft beers!

THE OLD TOWN CHARM OF VALENCIA

Valencia’s Old Town is unbelievably charming and atmospheric. It’s a huge focal point for the city’s rich heritage and history, with its countless cafes and centuries-old architecture that tells a story. Visit the ancient Silk Exchange, Lonja de la Seda, and the frescoes in the Church of San Nicolás de Bari, otherwise known as the Sistine Chapel of Valencia. 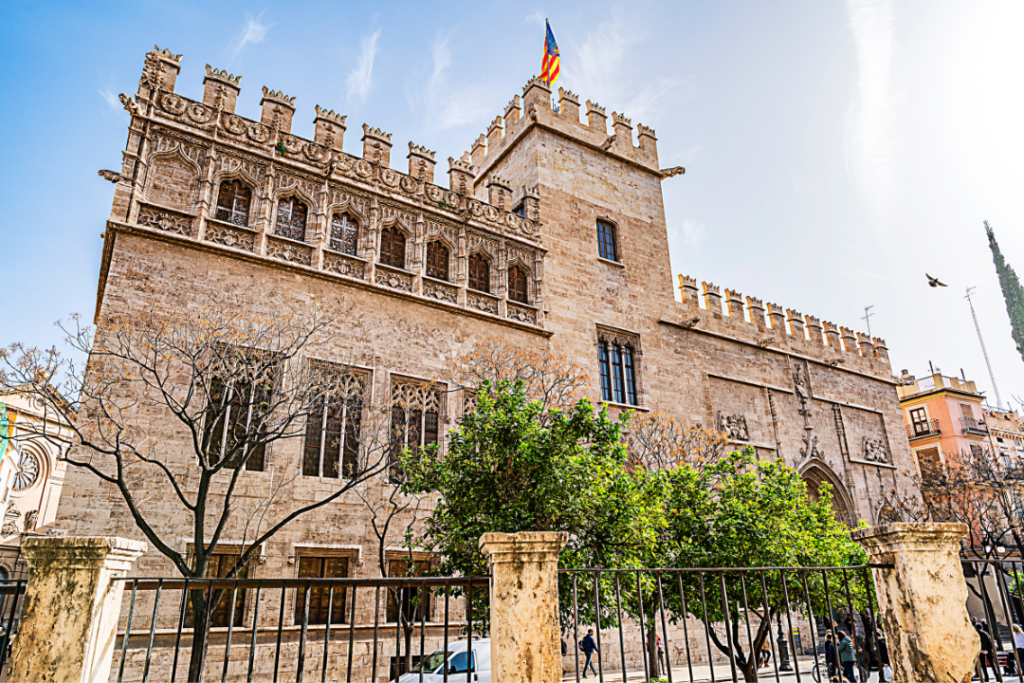 IS VALENCIA THE HOME OF THE HOLY GRAIL?

In the humble chapel within the cathedral, encased in the glass just beyond the altar, was an object: a single cup resting upon an illuminated golden pedestal. As legend has it, this is the same cup used by Jesus Christ during the Last Supper – or, as the cup is more commonly known, the Holy Grail.

As with all stories of grail claimants, the tale is convoluted. An attendant of the cathedral could provide a basic explanation of how the chalice first made its way out of Jerusalem some 2,000 years ago.

The main detail that sets the Valencia chalice apart is the style and craft of the agate cup, which Spanish archaeologist Antonio Beltrán, who studied the chalice in 1960, claims indicates an origin somewhere between the 2nd Century BC to the 1st Century AD, likely from a workshop in the Middle East. The archaeological assessment suggests that this cup fits the bill geographically and chronologically. Though far from definitive proof, the findings certainly bolster the chalice’s claim. 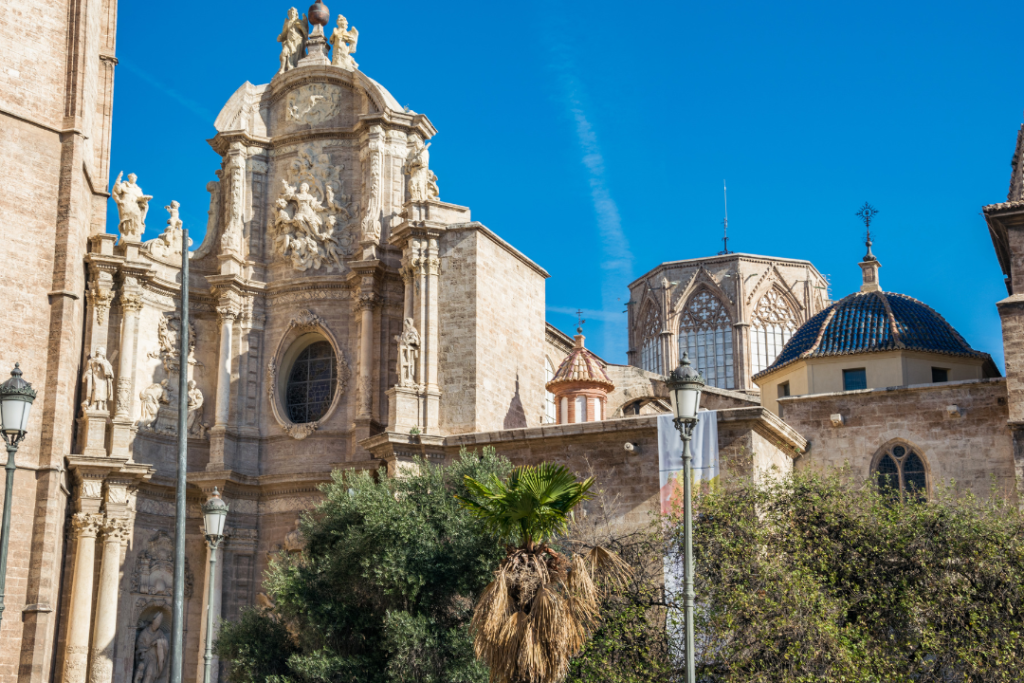 UNCOVER THE JEWELS OF VALENCIA!

Hidden from the main tourist attractions are the “jewels” of Valencia. Suppose you look for authenticity in architectural, historical, unique places, and national treasures. Here’s a list that you might consider: The Church of San Nicolás de Bari and San Pedro Mártir frescoes are known as the Sistine Chapel of Valencia. Photo: Visit Valencia

The church is also known as the Valencia “Sistine Chapel .” It has an old gothic style right in the heart of the historic city center. Feast your eyes on the splendor of baroque frescoes covering vaults, walls, and columns.

For the artistic soul, never miss this city’s hidden gem, which houses the National Museum of Ceramics-González Martí. View an incredible ballroom that will take you back to some of the most splendid Victorian palaces. 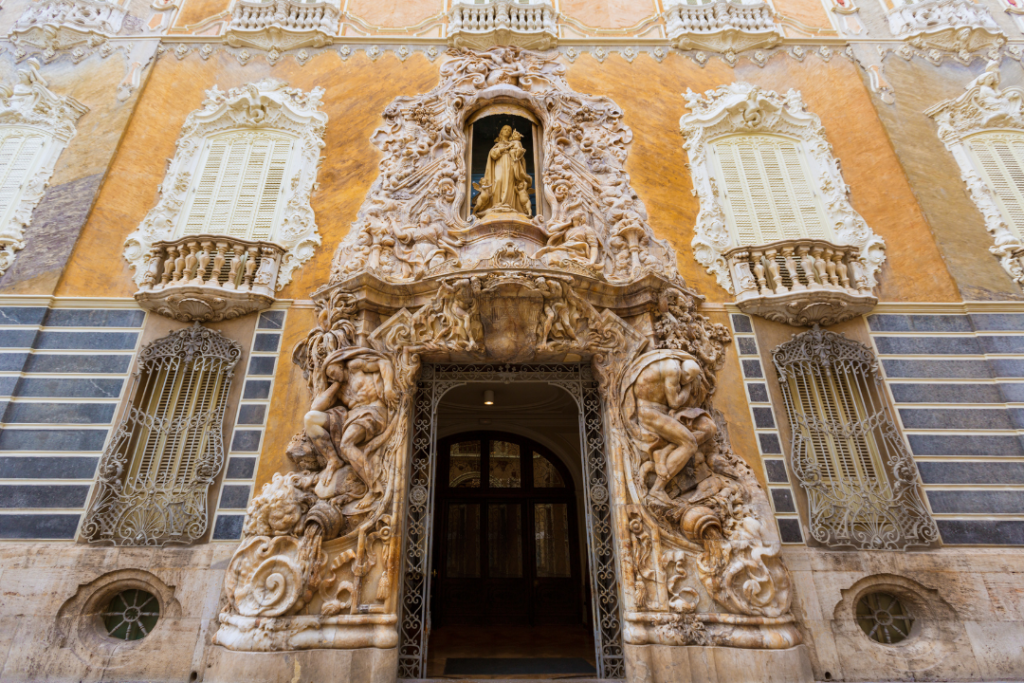 Valencia’s representative of renaissance architecture is The Monastery of San Miguel de Los Reyes. This houses the Valencian Library.

The museum is located in an old Gothic-style place in Caballeros St. If you are a fan of the legendary tin-soldier, this is a must-see!

Take a walk through the harbor and see one of Valencia’s oldest gems – The Clock Tower and the Harbour Sheds. See the mosaics representing Valencian culture while you admire another of Valencia’s wonders: The Mediterranean!

El Patriarca houses the College Museum as a recommendation for those who love art. It holds works of art by Caravaggio, El Greco, Van Der Weyden, Benlliure, Ribalta, and Pinazo, among others.

Growing up reading about Gulliver’s Travel, this place is a must for the little ones and the kids at heart.

A remarkable and unique piece of treasure underground. Going here will help you discover and understand the Valencian origins.

Discover and unravel the gem that Valencia is! Let Inspired Travel Designs craft a bespoke itinerary just for you. Let’s chat!