Vienna: Experiences Not to Miss! Vienna is a shining city that emphasizes its history, as you can tell by many of its attractions.  Vienna has so much to explore with a lively culture that treasures art, great food, classical music, and beautiful architecture.

The Habsburg family ruled over most of Europe for almost 650 years until 1918, making them one of Europe’s most influential dynasties. Due to their love of travel, you will see the diversity of Imperial structures throughout Austria.

This 13th Century palace holds several excellent attractions. You’ll need to spend most of the day there to receive the truly royal experience. Be sure to visit the Swiss Court and the Imperial Apartments. The Spanish Riding School at the Imperial Palace is the only institution in the world that cultivates classical equitation in the Renaissance tradition. Make sure to see a performance of the so-called white stallions as they are born dark and turn white/grey between 6-10 years. The Spanish Riding School is listed on UNESCO’s list of intangible cultural heritage of humanity.

For a treat, book a private tour of the premises and the stables of the Lipizzaner horses to see the morning exercises of the most famous horses in the world. This private tour is popular with children and equestrians. 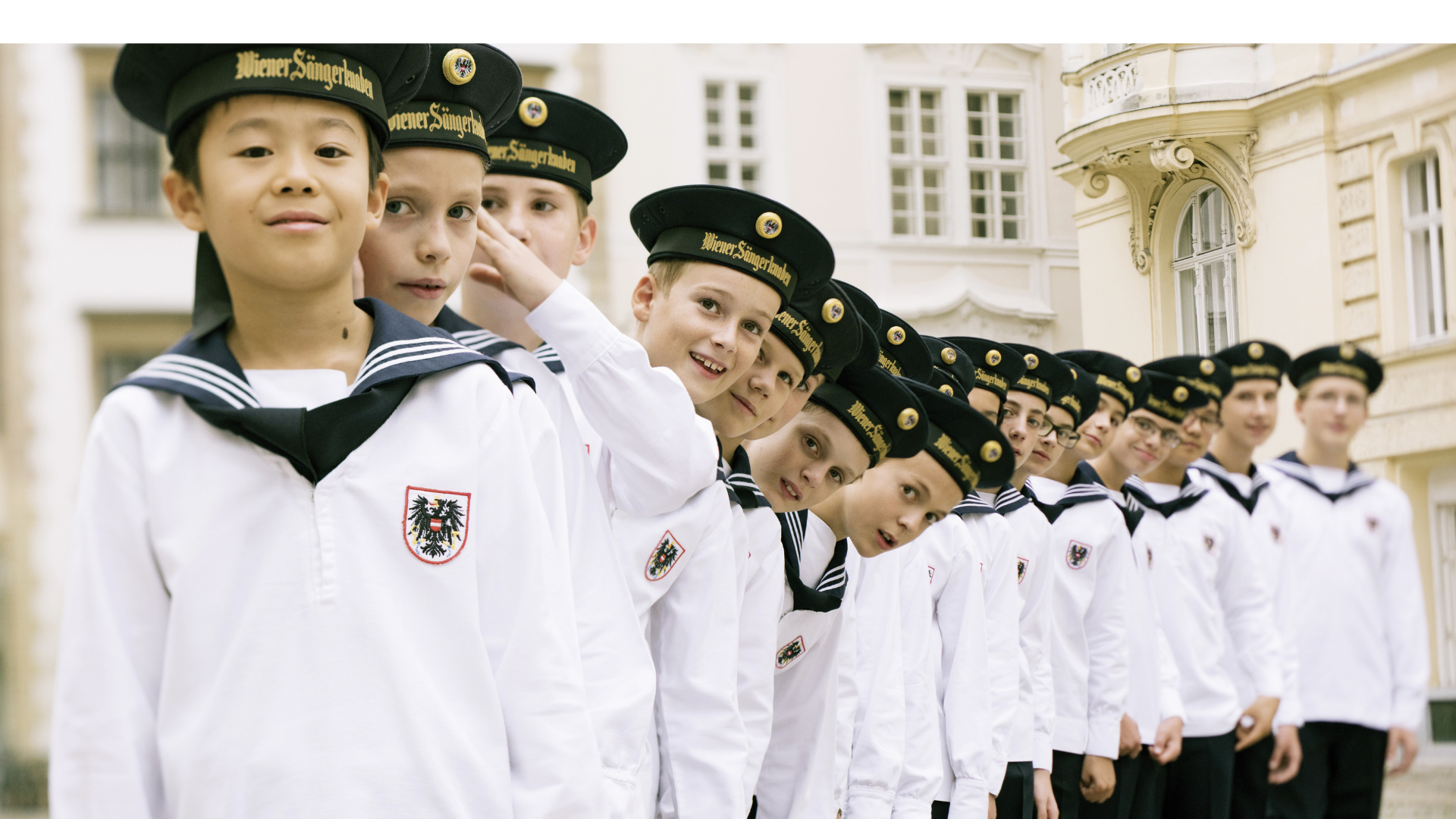 At 522 years old, the Vienna Boys Choir is has a long history. In Vienna, they perform at the Hofburg Chapel and some members of the Vienna State Opera and the Vienna Philharmonic Orchestra September through June as part of religious services. There are 100 choristers between the ages of nine and fourteen, divided into four touring choirs. In a typical year, each choir spends nine to eleven weeks of the academic year on tour.

Also, in the Hofburg/Imperial Palace is the National Library, home to one of the most impressive Baroque rooms anywhere in the world. 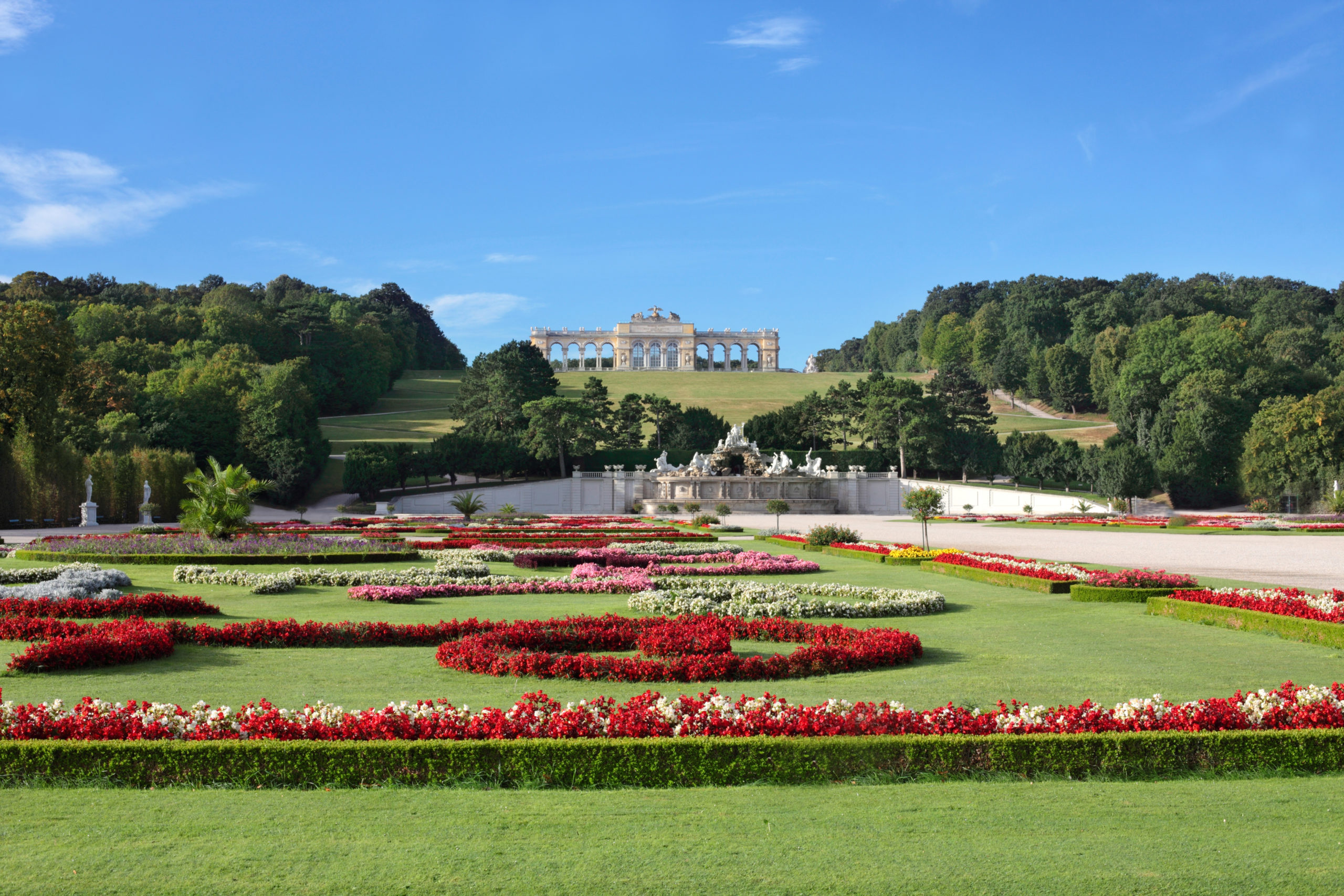 Constructed in 1696 as a hunting lodge, the Schönbrunn Palace later became the elaborate home (1441 rooms) to Austria’s most admired royal family, the Habsburgs. The palace is open to the public, where you can take a tour through the apartments of the Habsburg family and visit the Hall of Ceremonies and Mirror Room before leisurely strolling through the gardens. Tours are available of varying lengths, 22 or 40 rooms, and you can even do a dinner and concert after hours.

It takes about 90 minutes to tour the rooms, but you want to make sure you spend some time in the magnificent gardens and Schlosspark. The Schlosspark contains several architectural masterpieces, such as the Palm House and the Schönbrunn Zoo, named Europe’s best five times. It is also the oldest zoo in the world and is particularly successful at breeding elephants and pandas. This stunningly beautiful cathedral is Vienna’s most cherished structure. This 12th Century gothic cathedral has more history than you could ever imagine. It survived the Turkish siege in 1683, had mourners pay respects to Amadeus Mozart, and is where Napolean held his farewell proclamation in 1805. The structure also survived two attacks in World War II.

Tours are conducted of the church, and you can climb the 343 steps of the high tower. If you are courageous, you can tour the crypt with the skeletal remains of over 11,000 people. This museum of fine arts features a considerable assortment of masterpieces. Titian, Van Dyke, Rembrandt, Velasquez, and Rubens all have their works hanging on the museum’s walls.

The Collection of Historical Musical Instruments is home to a collection of renaissance and baroque instruments. On show are priceless historical items such as the grand pianos played by Johann Strauss, Liszt, Schumann, Brahms, Mahler, and Leopold Mozart’s violins. Delicious food and finds at the Nascht Markt Vienna

Hundreds of vendors set up their stands every Monday through Friday in the Naschmarkt. This outdoor market in the Wieden District sells local fresh produce, dairy products, and meats. You can even sit down at the quaint eateries and cafes to appease your appetite after taking in all of the delicious smells. The locals tell you this is the place to go for a “taste” of Vienna.

This small museum features works from some of the city’s most famous composers, including Mozart, Beethoven, Mahler, Haydn, and Strauss. Walkthrough the exhibits to learn the mechanics of how humans hear sound. You will also view manuscripts and hear sound bytes from the musicians showcased in the museum. The Belvedere Palace is two palaces conjoined by a beautiful 17th-century French-style garden. You don’t want to miss the unique Baroque architecture or the authentic Austrian paintings on display. Inspired by Versailles, Prince Eugene had the Belvedere Place built by the renowned Baroque architect Johann Lukas von Hildebrandt for a summer residence.

Ever since its inception, the Belvedere has been a house of art. From 1781, it was home to large parts of the imperial collection of Prince Eugene and opened to the public. Today, the Belvedere is home to one of Austria’s most valuable art collections.

Belvedere’s most iconic painting is undoubtedly Gustav Klimt’s glittering “The Kiss.” He was an Austrian Symbolist painter and a prominent member of the Vienna Art Nouveau, aka the Vienna Secession. The Kiss is from Klimt’s “Golden Period.” It’s characterized by the elaborate and opulent use of gold. And yes, there are other famous paintings by Van Gogh, Monet, and sculptures by Rodin.

Once designated to the Jewish Ghetto in the 13th Century, this picturesque museum shows how Viennese Jews played a large part in the development of Vienna. This museum was once one of the largest synagogues ever to exist.

Believe it or not, there is so much more to Vienna than listed here. Vienna has hiking/walking/biking trails to keep active, vineyards and an incredible coffee house culture. Book a call here and get ready to start planning your next memorable vacation!