We chose to go to Buenos Aires as it was such a good value compared to the American dollar. Only one time zone away from EST, we would not lose much time. As Floridians, we wanted to go where the weather was temperate all of the time. And we had heard that Buenos Aires was the Paris of Latin America and we LOVE Paris.

Known as the Paris of Latin America, Buenos Aires has a history of European immigrants shaping the city. In 1876 Argentina advertised to European citizens to immigrate to Argentina for those searching for better opportunities. There were no restrictions, and all immigrants were immediately civil rights. By 1895 72 out of 100 inhabitants were foreigners. Of those foreigners, 43% were Italian, and 33% were Spanish. The wealthy lived in Buenos Aires and were more loyal to Europe in culture, and became more Parisian.

This posh neighborhood makes you think of France as French and Belgium visionaries were architects of many buildings, parks, boulevards, and tree-lined streets. Some of the city’s poshest hotels are located in this neighborhood. The Palacio Duhau-Park Hyatt Buenos Aires is a meticulously crafted hotel that originated as a 1934 palace and was carefully restored to maintain its historic elegance alongside the best contemporary design. 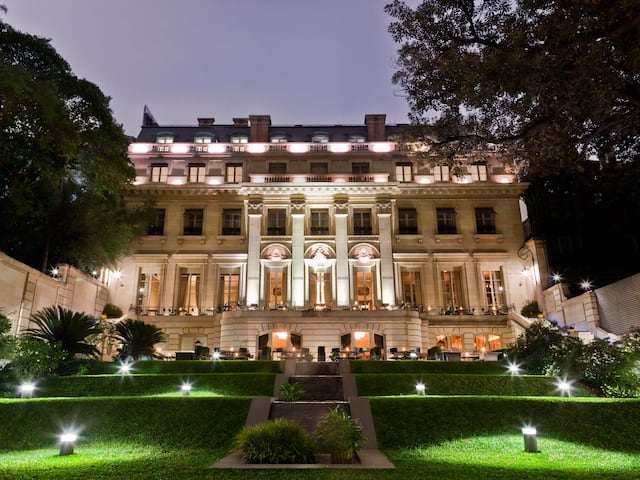 The gardens at the Palacio Duhau-Park Hyatt Buenos Aires

The Palacio Duhau seamlessly integrates Buenos Aires’ legendary glamour with innovative 21st-century amenities and state-of-the-art technology. The neighborhood includes neoclassical architecture and exclusive designer boutiques. Having met the management team at this hotel, I can confirm the hospitality is the finest. Considered one of the best hotels in Central and South America, this hotel offers five-star dining, an impressive private art collection, spa, patisserie (ask me about the macarons), a florist, and a gorgeous garden. I don’t know about you, but there is something lovely about staying in a former aristocratic palace. 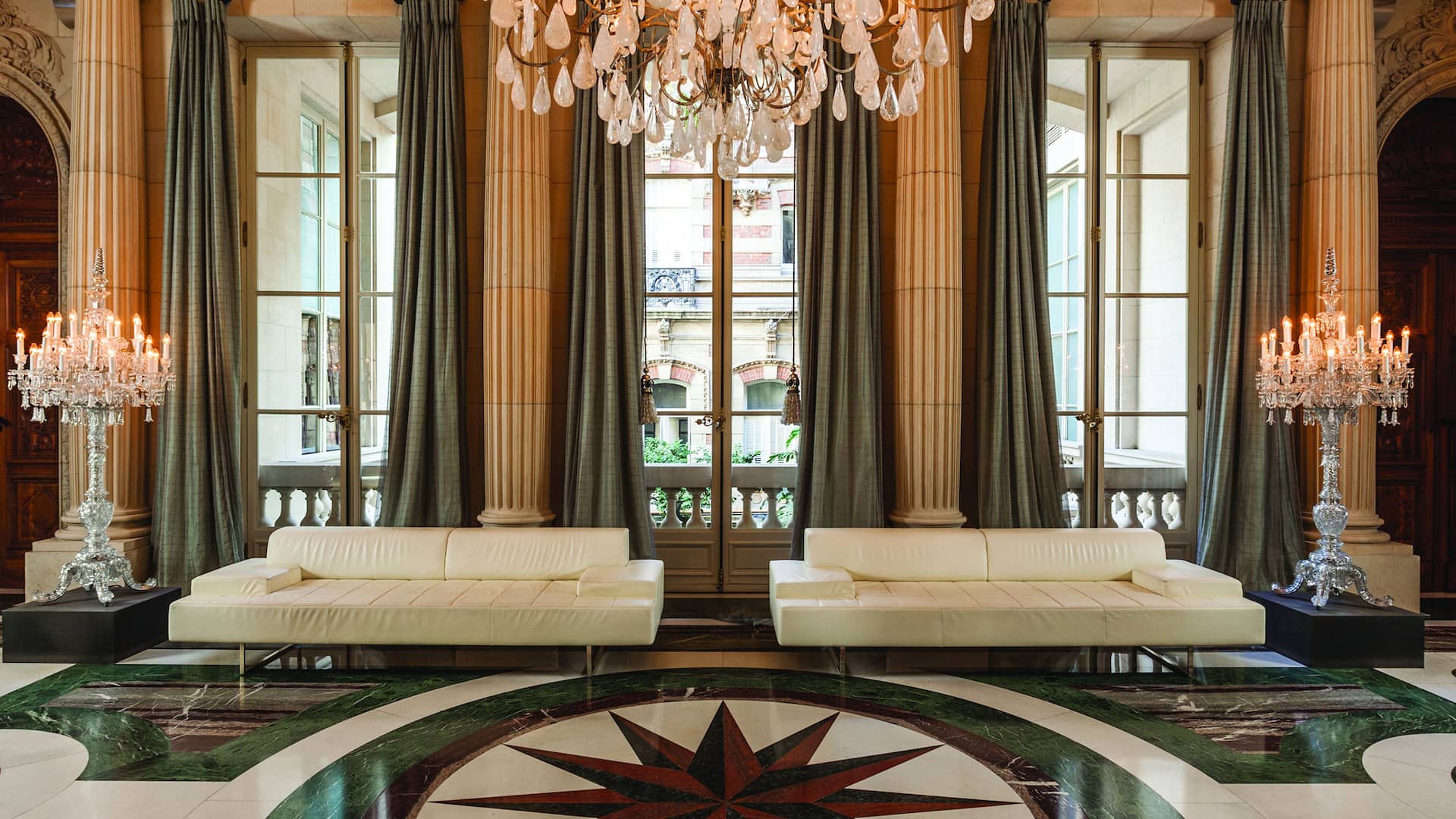 When you book with a Virtuoso advisor, I can VIP you with exclusive perks and upgrades. My favorite bonus here was a wine and cheese tasting in their Vinoteca, where they have a cheese cave! I didn’t know what to expect when touring the Recoleta Cemetary, but I have to say it was fascinating and not in a creepy way. This cemetery is for the very rich. Buried here are former Presidents, military generals, artists, and socialites. The art nouveau, art deco, and modernist mausoleums tell stories of their inhabitants through the architecture. The most famous inhabitant is Eva Peron, the influential 1st lady. Even today, you will see many people placing flowers and mementos around her mausoleum. There are twice-weekly public tours I encourage you to take as the stories are mesmerizing. 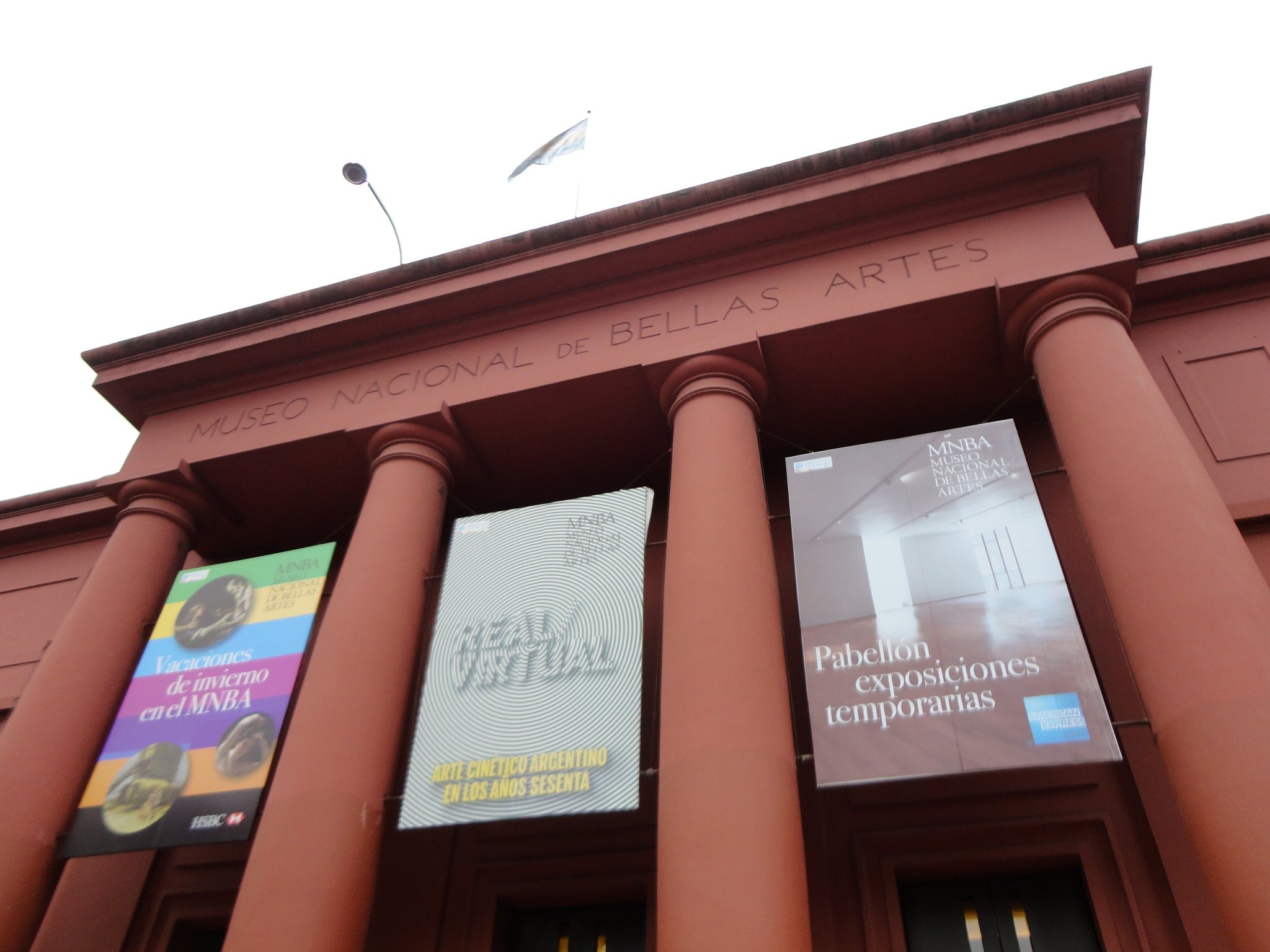 The National Museum of Fine Arts is located in this chic neighborhood too. Founded in 1896, this museum is home to many of the masters’ paintings from Rembrandt, Goya, Degas, Van Gogh, Monet, Manet, and Chagal, plus outstanding collections of Argentine and Latin American art. 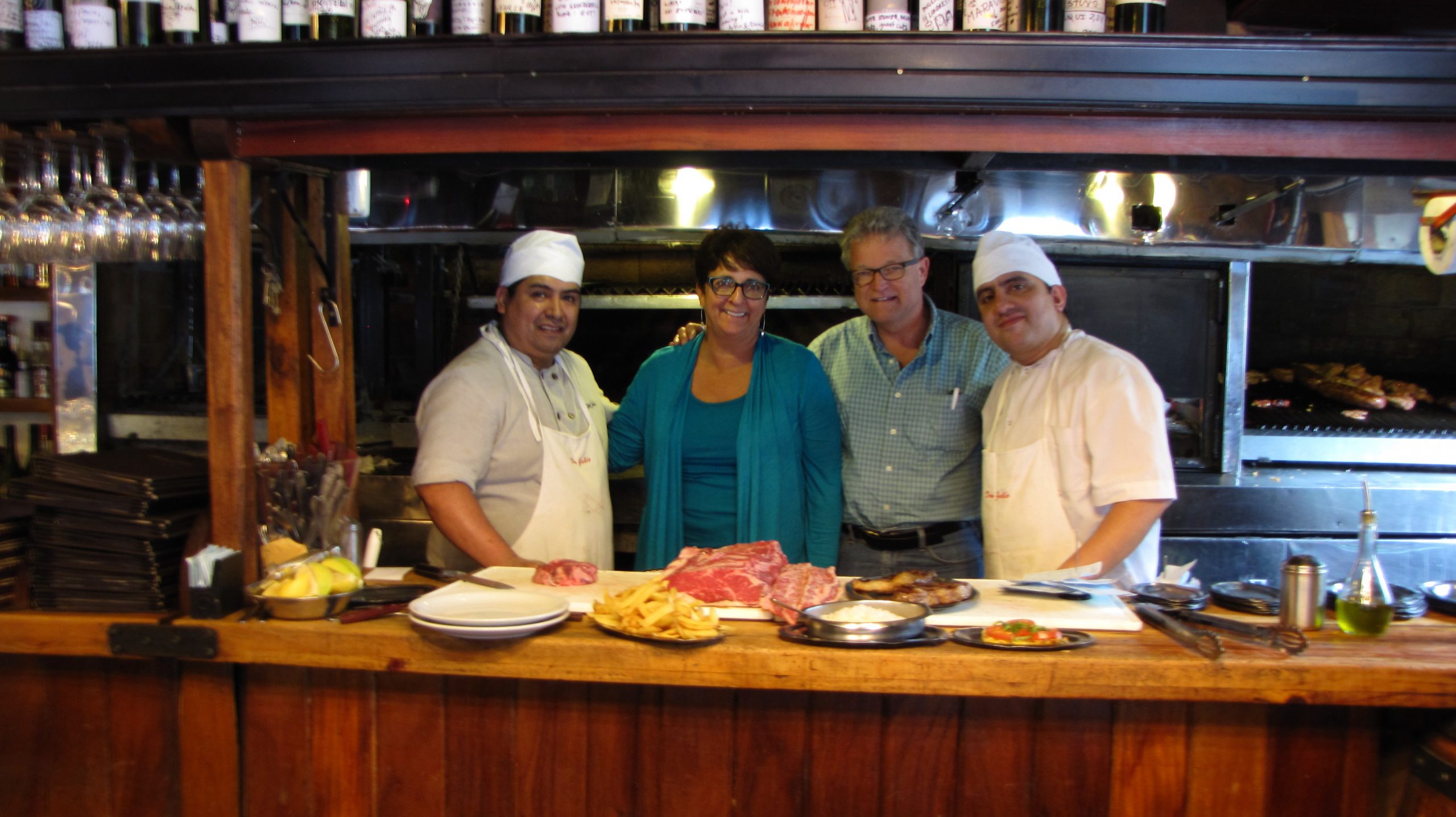 In the kitchen with the chefs at Don Julio restaurant. Image: Cindy Dykman

Argentina is known for its grass-fed beef, and there are many famous parrillas (steakhouses) within Buenos Aires. Our favorite and considered one of the best, Don Julio. Make a reservation in advance!

With heavy Italian influence, pasta and pizza abound. As someone who chooses to eat gluten-free, these items aren’t generally on my list. In 2015 Argentina passed a law requiring every restaurant to offer gluten-free options. On our last visit, we ate in two exclusively gluten-free restaurants. Pasta, pastries, and empanadas all on the same day. What a treat!

A unique phenomenon of Buenos Aires is the closed-door restaurants. Throughout the city, chefs invite people into their homes for an intimate yet world-class meal. Usually, there is one sitting, and you and a group of new foodie-friends experience a memorable and personal meal. We have tried two of these. One was a true Argentian asado (barbeque) at a couple’s home. Dinner started at 10 PM and ended around 2 AM. An Argentine asado includes grilled meat from steak, ribs, sausage, sweetbreads, and side dishes of grilled vegetables and salads. Did I mention wine? The late-night dinner is why you can’t make touring arrangements before 12N the next day! 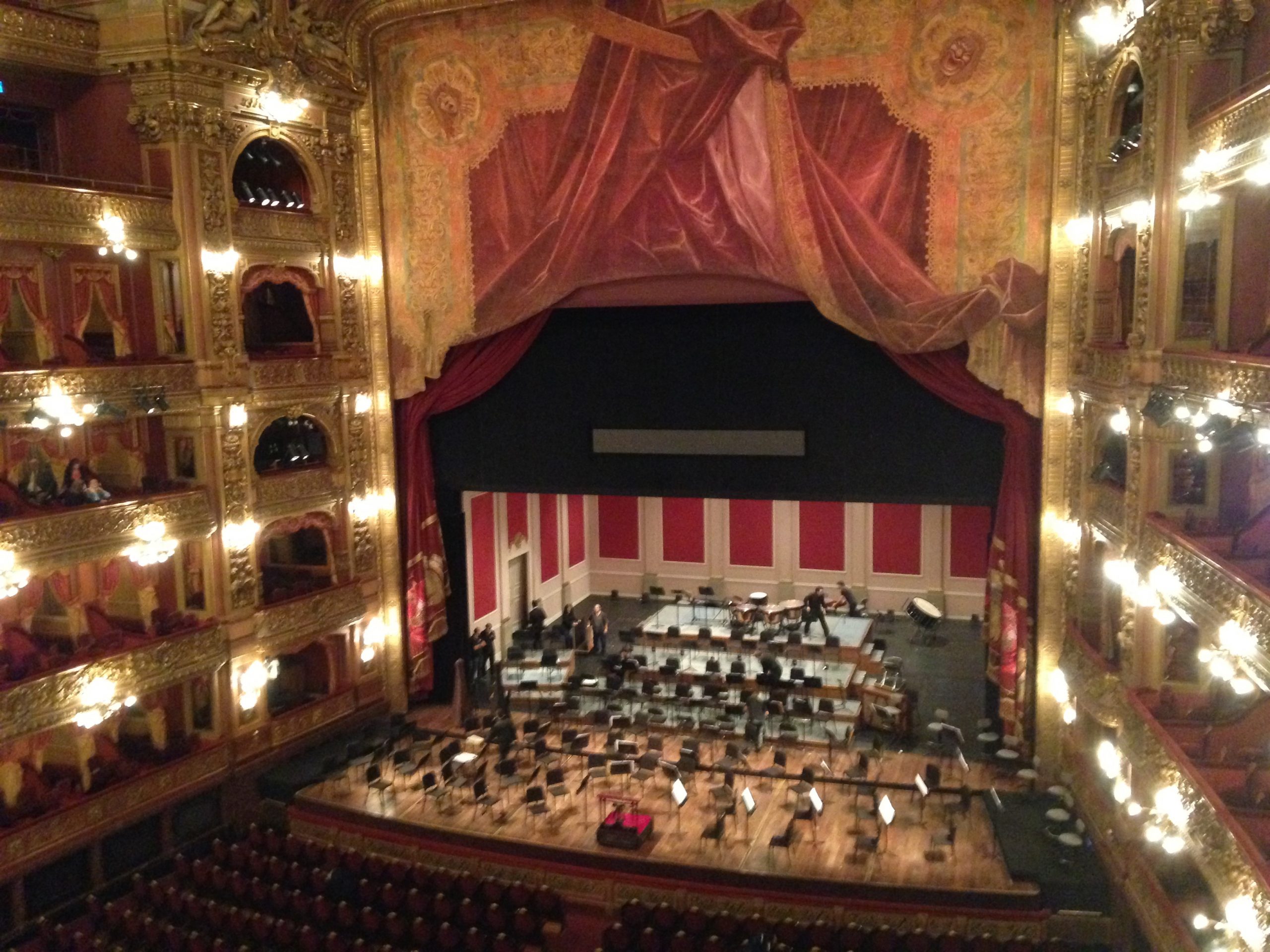 Home of the world-class theater, the Teatro Colon is acoustically considered to be one of the five best concert venues in the world. Initially constructed in 1857, reconstructed in 1908, and completely refurbished in 2010, the architectural features are comparable to La Scala in Milan, the Paris Opera, and the Vienna State Opera. While there, we saw the Buenos Aires Philharmonic and can attest the acoustics and setting transported us to another place. It is worth planning a visit around a concert to see the beautiful building and experience world-class acoustics. 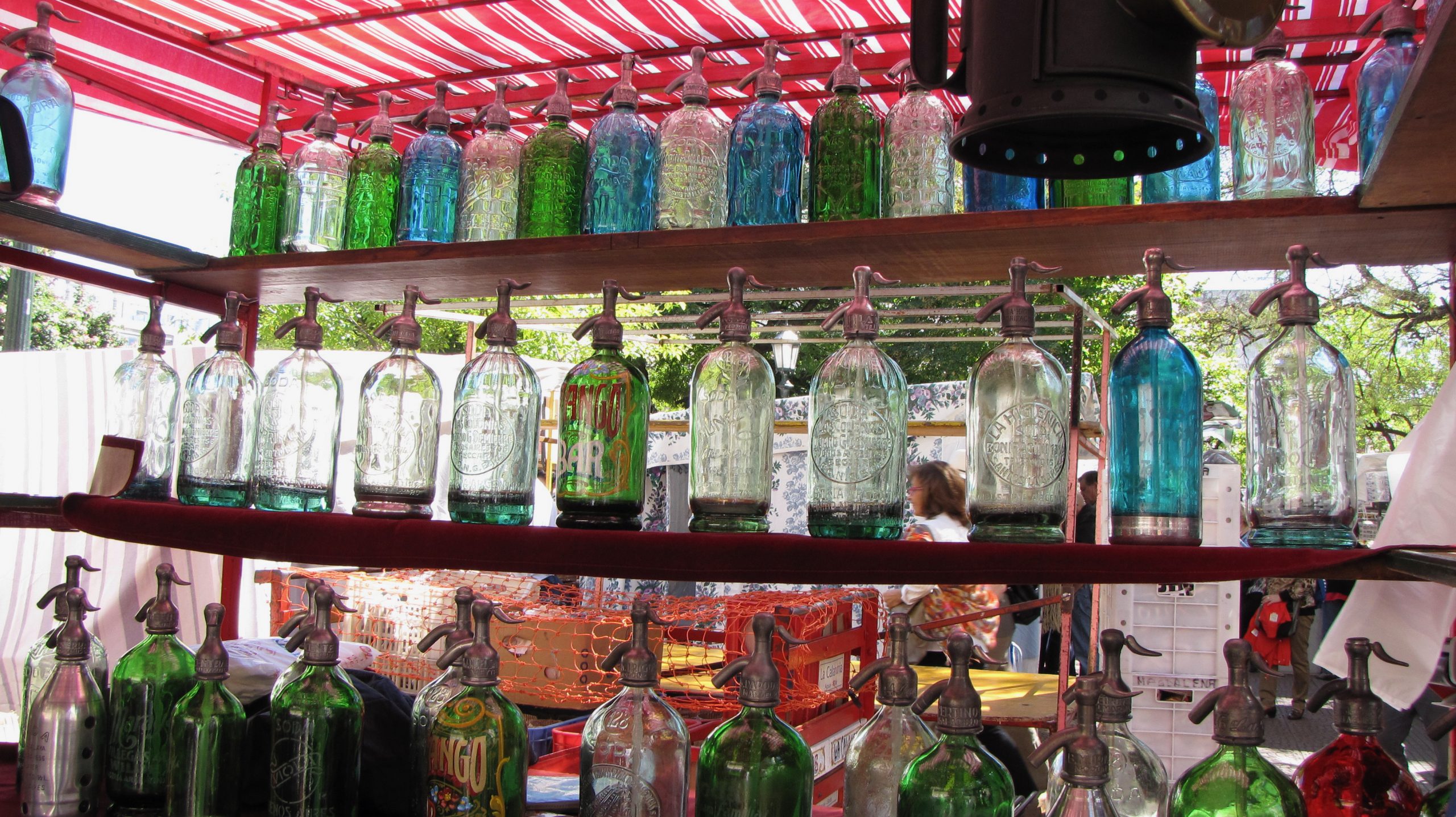 One of the many booths at San Telmo Street Fair. Image: Cindy Dykman

San Telmo Market is a legend, and I admit to changing our entire vacation itinerary to make sure we were in Buenos Aires on Sunday for the San Telmo Market. With over 250 stalls showcasing everything from gaucho antiques to silversmith jewelers, you’re sure to find the perfect treasure.

If your lucky, you can catch a performance of El Afronte, a tango ensemble made up of 10 musicians and a lead singer. You can usually see them on a church’s steps in San Telmo, not far from Plaza Durrego. If you can’t find them there, go to Maldita Milonga. A milonga is a dance hall exclusive to the tango. At Maldita Milonga, you can join in a free tango lesson at 9:00 PM and join the locals for an evening of dancing at 10:30 PM. El Afronte performs, and it is a magical performance of enthusiastic musicians who are simultaneously hip and passionate about their music.