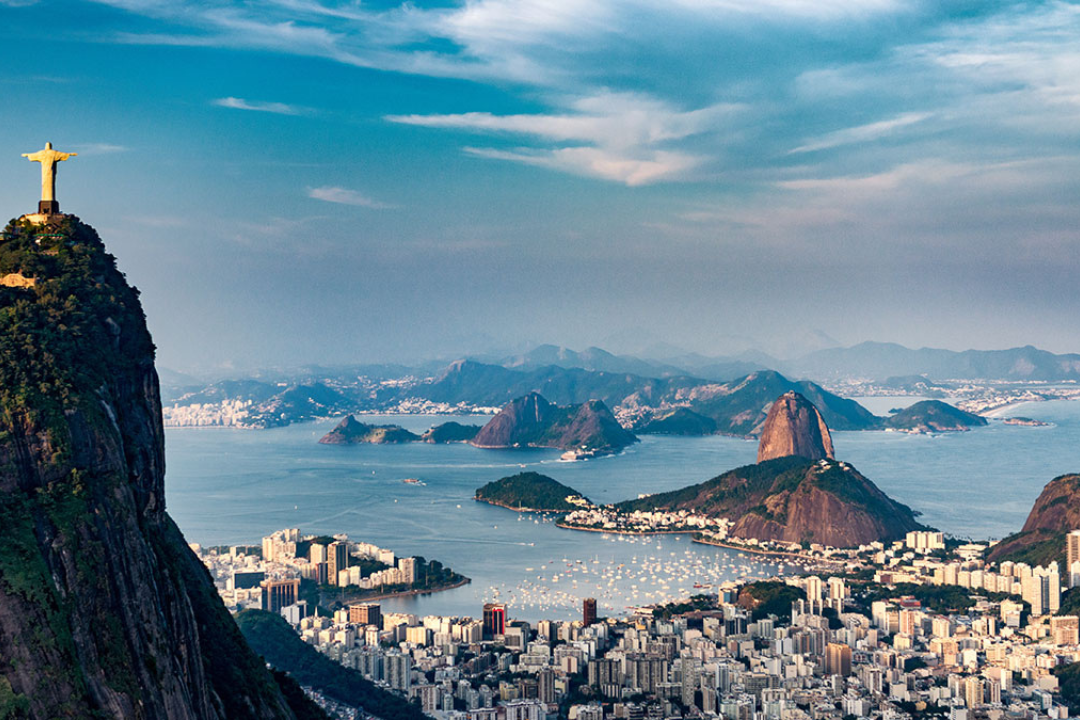 DID YOU KNOW THAT RIO DE JANEIRO WAS ONCE THE CAPITAL OF A EUROPEAN COUNTRY?

Shaping the history of Brazil and Portugal, in October 1807, Napoleon Bonaparte’s army commanded its way west through Europe. A secret treaty between Spain and France plans to divide Portugal and simultaneously invade the country.

Days before the siege, the Royal Family escaped  Lisbon and headed to Rio de Janeiro under the protection of the British Royal Navy in Brazil.

When the Portuguese Royal Family was in Rio de Janeiro, the city became the capital of the Kingdom (Portugal, Algarves, and Brazil). They remained there until Napoleon’s defeat in 1814. In 1821, the Royal Family departed Brazil for Lisbon. Around this time, increasing migration from Portugal showed an impact on the population of Rio De Janeiro.

Rio de Janeiro remained the capital until 1822, a total of 13 years.

Visit Christ the Redeemer. This place is the highest point in Rio de Janeiro and offers the city’s best view. This is a top-rated destination, and I would like to make it hassle-free for you. Book a tour of Brazil with Inspired Travel Designs through Virtuoso.

Treat yourself to a once-in-a-lifetime experience: Carnival in Rio!!! Fashion a fantastic costume and do the samba as you get swept up in the energy and euphoria of the party of a lifetime. Be a part of the festivities. Join the conga line with the locals, move and shake among the drum-fuelled street fiestas and revel in the magic celebration of life. 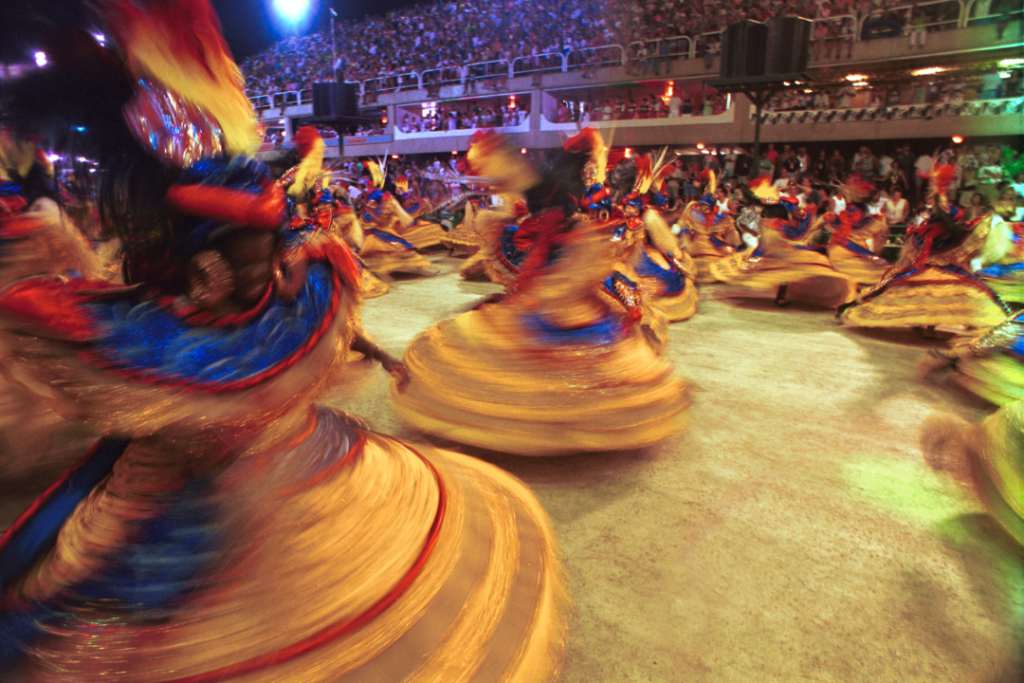 If you are in Rio, you must visit one of its pristine beaches. Bask in the sun and hit the Copacabana and Ipanema beaches.

Copacabana is a 4.5 km of crescent coastline never sleeps. Visitors play beach soccer, bask in the sun, or swing and dance until the wee hours of the morning. The borough is brimming with restaurants, watering holes, and high-end hotels. 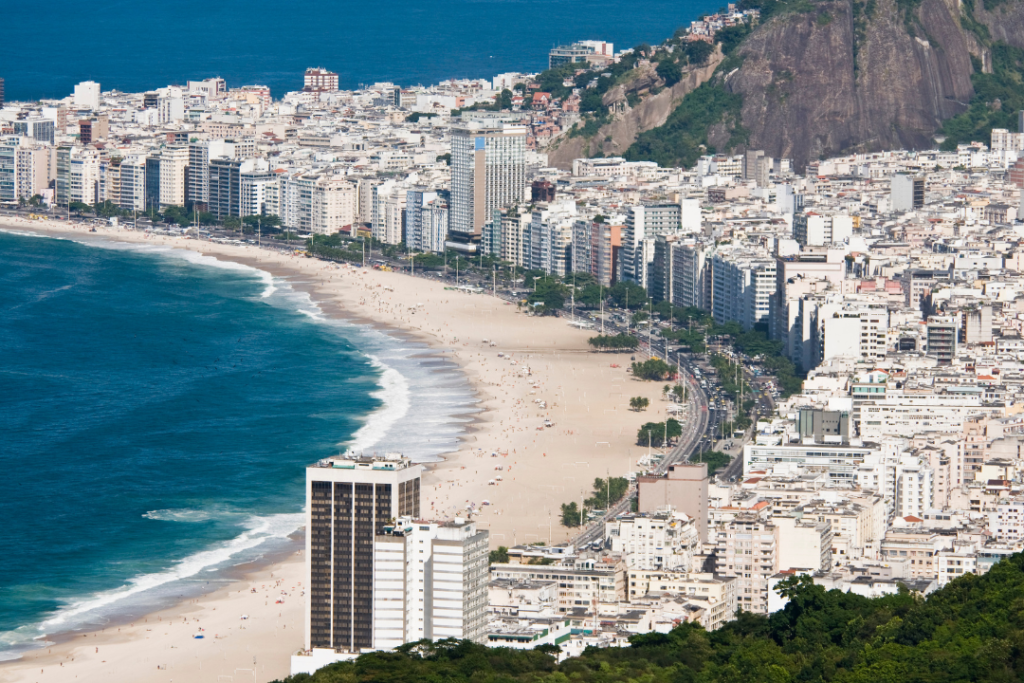 The glitzy Ipanema beach is the more affluent sibling of the famous Copacabana beach. Its majesty lies in its stretch of sand with greenery; cafes, bars, and restaurants liven up the place. If you want to go to the best urban beach in the world, you come to the right place. 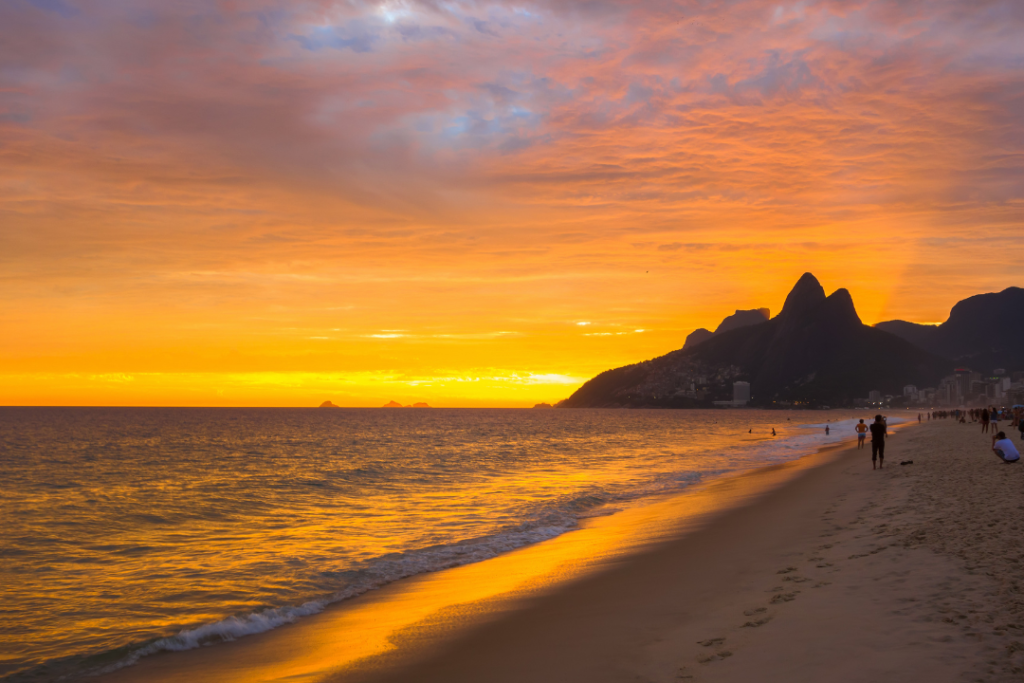 Why not visit jaw-dropping beaches in Ilha Grande, snorkel in clearwater, and hit the must-see spots quickly.

FOR YOUR ARTISTIC AND CULTURED SOUL

Have your photo taken at the Selarón Steps! It is a massive mosaic!

Visit one of the most beautiful theaters in South America. Visit The Municipal Theater. The Palais Garnier in Paris is the inspiration for its eclectic style.

Learn about Brazilian modern art at the Museum of Modern Art located at Flamengo Park. This museum boasts a collection of modern and contemporary art pieces. 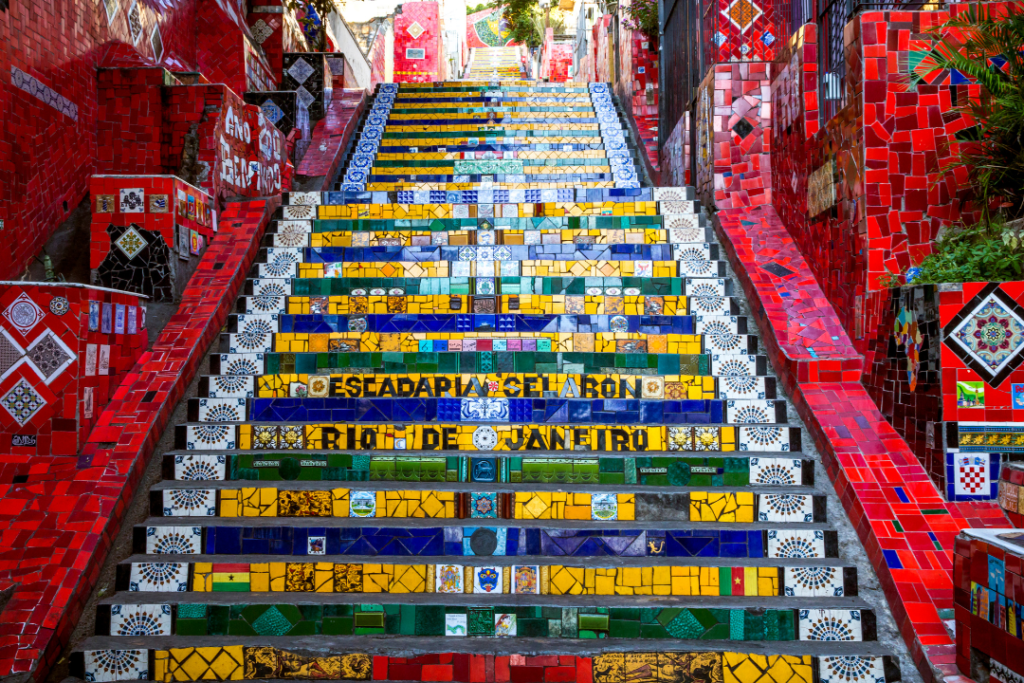 This may be unusual, but the Biblioteca National is a must-see. It’s considered by UNESCO one of the ten most extensive libraries in the world and the largest in Latin America! It houses rare and valuable collections. Some of which are the Barbosa Machado collection, which contains 4,300 items, including books, prints, maps, and rare brochures of Brazilian and Portuguese history. Another collection is the Conde da Barca collection, encompassing 2,365 items from the 17th and 18th centuries. One of its most notable materials is a set of Le Grand Theatre de l’Univers, in 125 volumes. 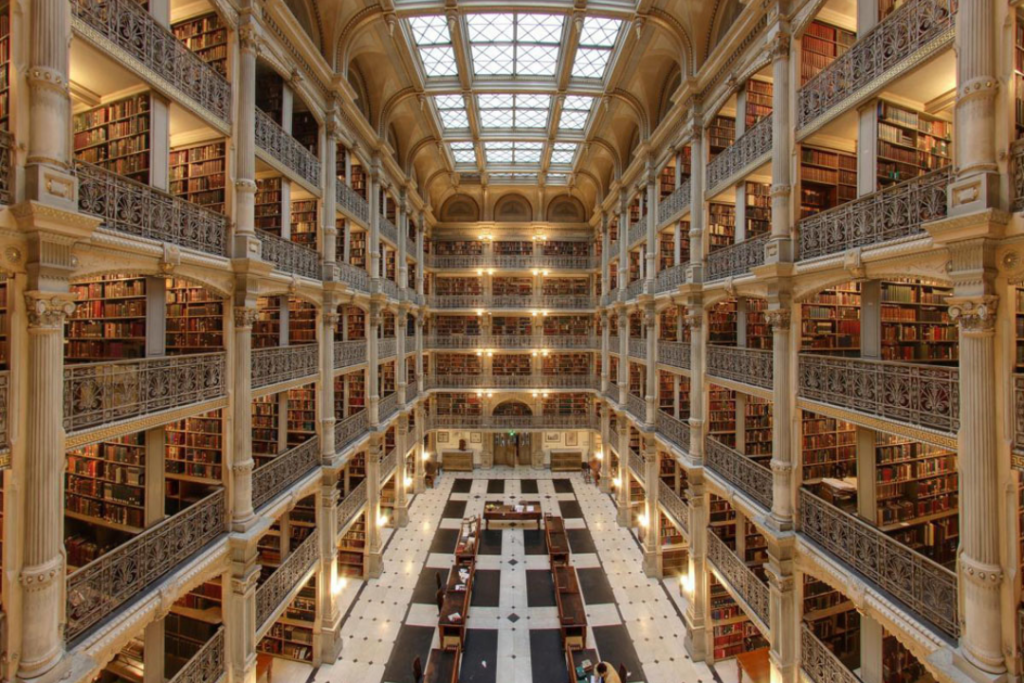 Sample a seafood feijoada! Originally made with pork, David, a former fisherman, recreated a lovely variation of the national dish with a personal take. Located in the Chapéu Mangueira at the Babilonia Hill, walk uphill or take a cab to taste this original dish. 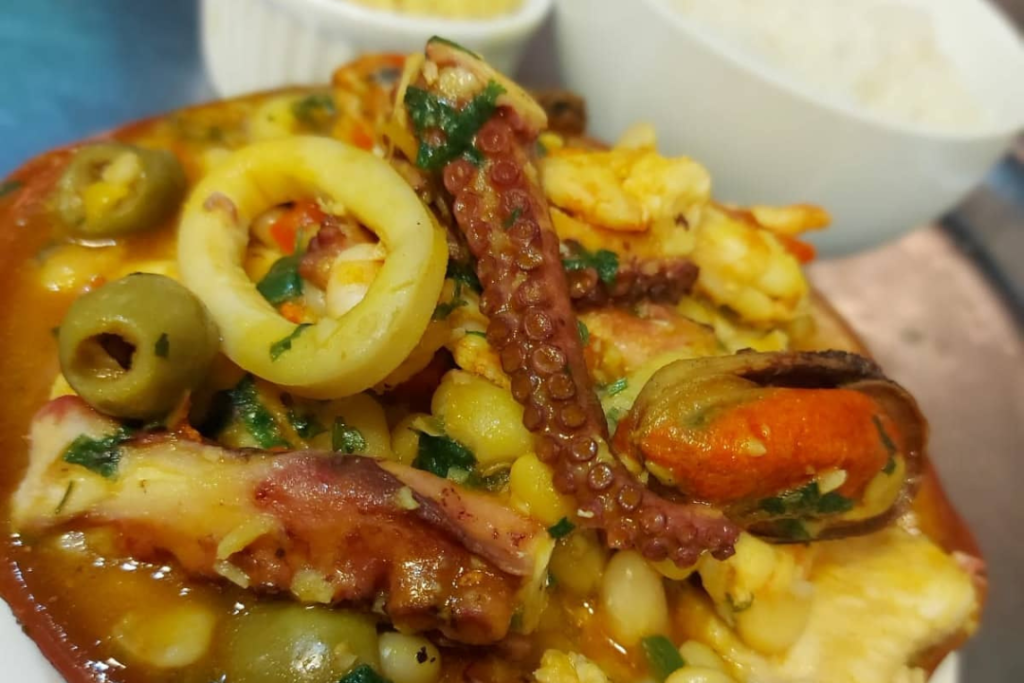 Oteque, with its contemporary cuisine and sophisticated setting, highlights fresh local seafood – including picks from the dining room’s aquarium. The eight-dish tasting menu offers daring combinations, such as onion stuffed with uni and topped with a mussel emulsion.

Drink and be merry. Go cachaça tasting. The Academia da Cachaça is giving the national beverage, cachaça, the attention it deserves.

YOUR HOME IN RIO

This hotel combines art, luxury, comfort, rejuvenation, and fun! Along its stretch is the iconic Copacabana Beach, where guests bask on their private sun loungers and umbrellas. Arrange exciting bespoke excursions with the concierge. Do samba school visits, architectural tours, and experiences atop Sugarloaf Mountain.

Book this hotel with Inspired Travel Designs through Virtuoso and experience luxury at its finest. Rio De Janeiro is so diverse, its people so welcoming, and the culture incomparable. Would you like a unique and fantastic experience immersing yourself in Brazil’s wonders and beauty? Reach out to us here.