Six Reasons why South Africa has something for everyone! With a pleasant climate, breathtaking landscapes, and activities to suit all ages and interests, South Africa boasts something for every type of traveler. If you thought it was simply your one-stop shop for safari, it’s time to think again. The wine tasting, delicious food, history, hiking, and water sports are just some of the great offerings, proving that there’s oh so much more to it than wildlife.

Okay, despite what I just said, a safari is life-changing. Kruger National Park is the region’s most famous national park for spotting wildlife. At almost 19,500 square km, it’s about the same size as Israel or Wales. And a popular tourist destination, it’s home to the ‘Big Five’ – leopard, lion, buffalo, elephant, and rhino – as well as countless other animals. Even without the animals, Kruger is well worth the visit for the landscape alone. The rolling plains provide serene beauty, with countless acacia trees and other native vegetation dotting the savanna. In addition, multiple rivers run through the park, which, as well as looking magnificent, often become the epicenter of the animal action. 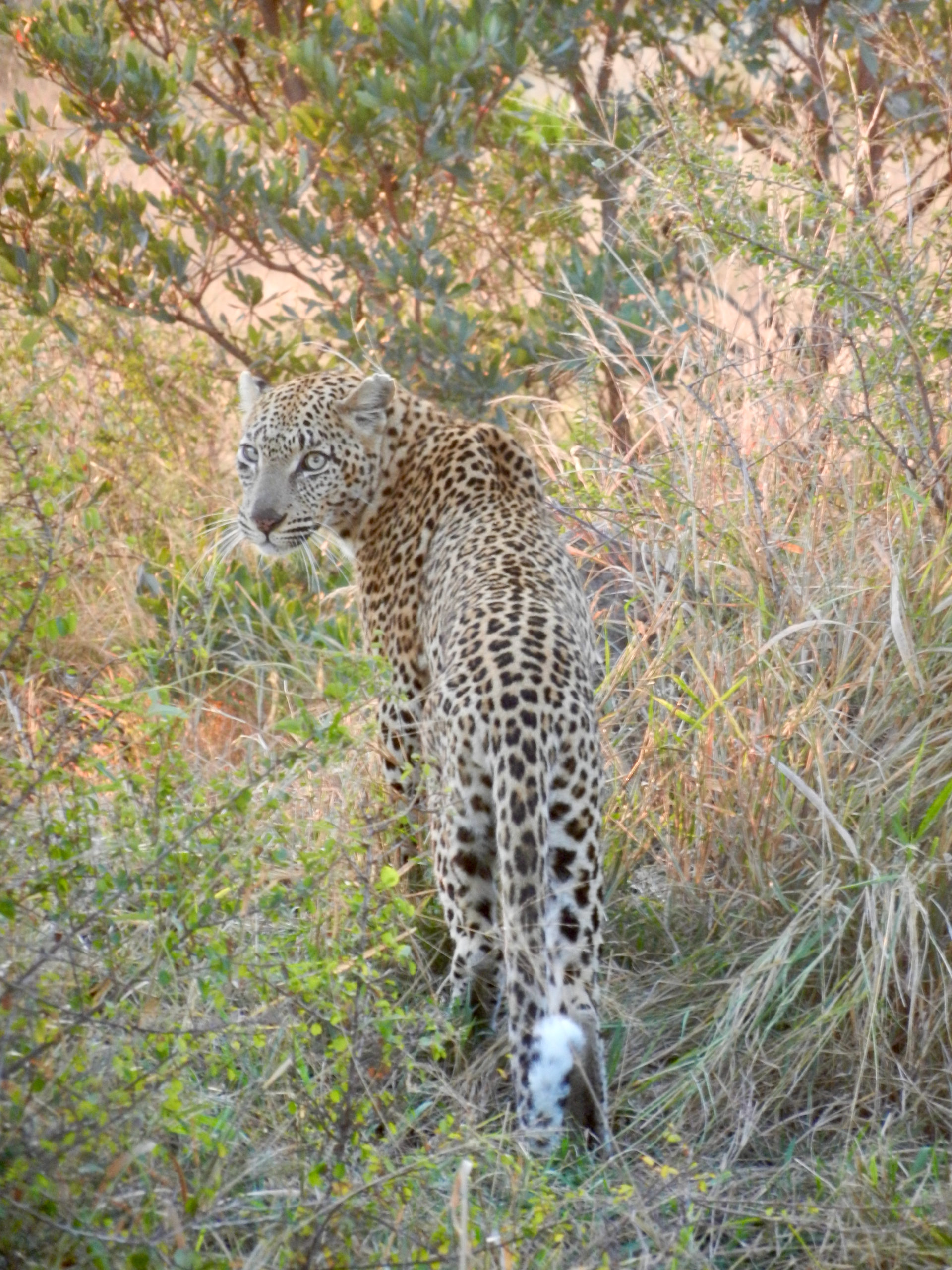 It is quite a juxtaposition to be in a safari vehicle, protected from the animals while watching them roam freely at their will, sometimes watching you. The sheer abundance of animals is also something you won’t see anywhere else. The safari guides enthusiasm and knowledge are superior. How they can find the smallest animal in the dark of night is beyond me.

The Mediterranean climate the coastal areas of South Africa experience make it a perfect place for vineyards to flourish. As a result, South Africa’s vineyards have produced some of the world’s best wines for over 300 years. Wine regions stretch from the Western Cape to the Northern Cape, where you can sample wine at world-famous estates or little-known gems or visit the renowned port and brandy routes. But, of course, where there’s excellent wine, there’s also great food – so Cheers and Bon Appétit! 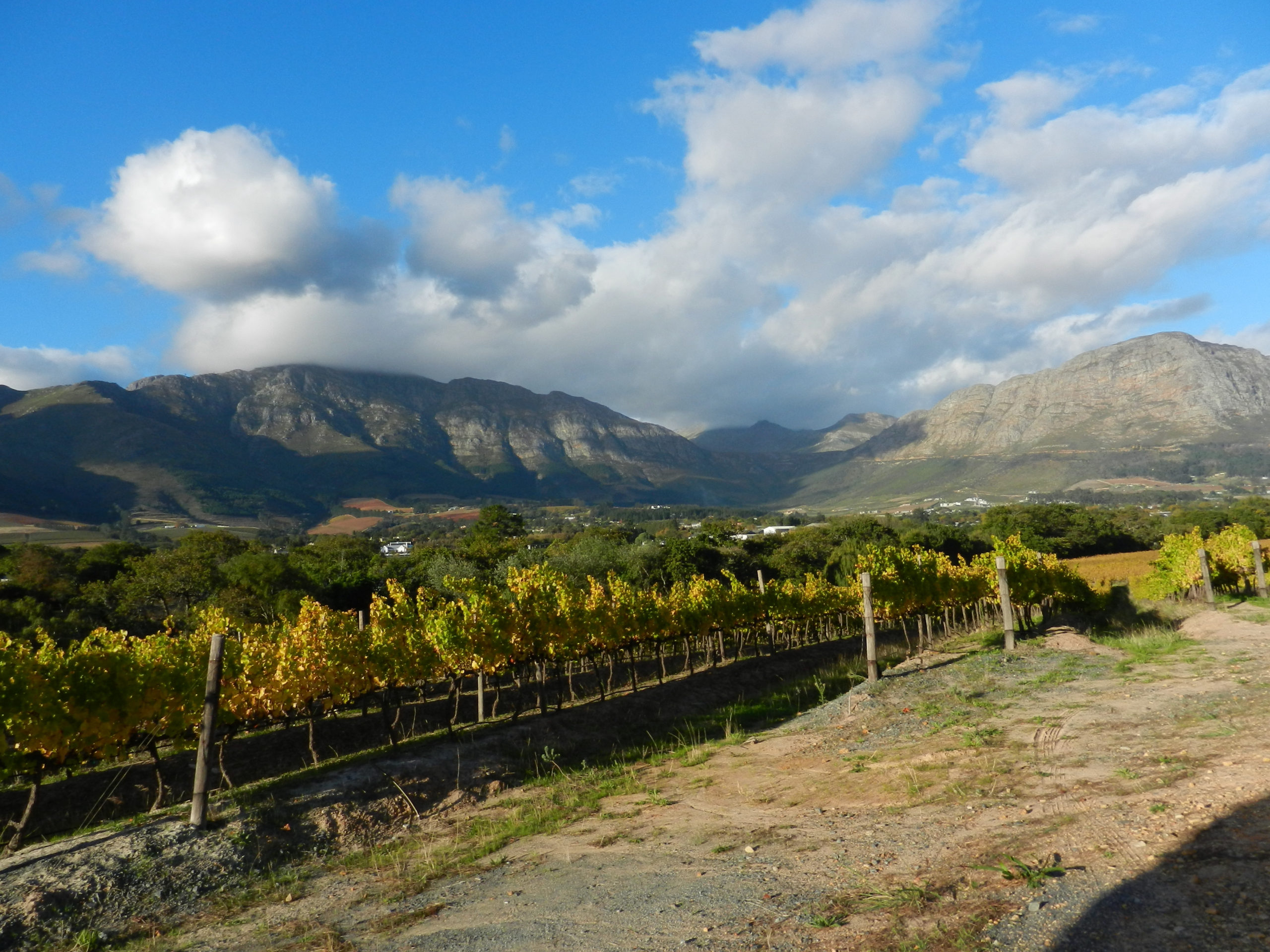 Located an easy one-hour drive from Cape Town, the Cape Winelands in the Western Cape Province, as the name suggests, boasts plenty of vineyards and some of the most stunning scenery in the entire country. You’ll find an excellent mix of vineyards ranging from large commercial states to tiny independent wineries. If you are a wine enthusiast, I highly recommend a minimum of 2-3 nights for the best experience. If you would like to combine a culinary and safari adventure, click here for a sample itinerary that I can customize to your tastes.

South Africa is a vibrant country, so it’s no surprise its cities are bustling hubs of activity. Cape Town is well known for its many bars and restaurants and is overlooked by the ever-iconic Table Mountain (you can take a cable car or trek to the top). The best vantage point from which to see the whole city is found by hiking the Lion’s Head. The views are reward enough for your efforts. 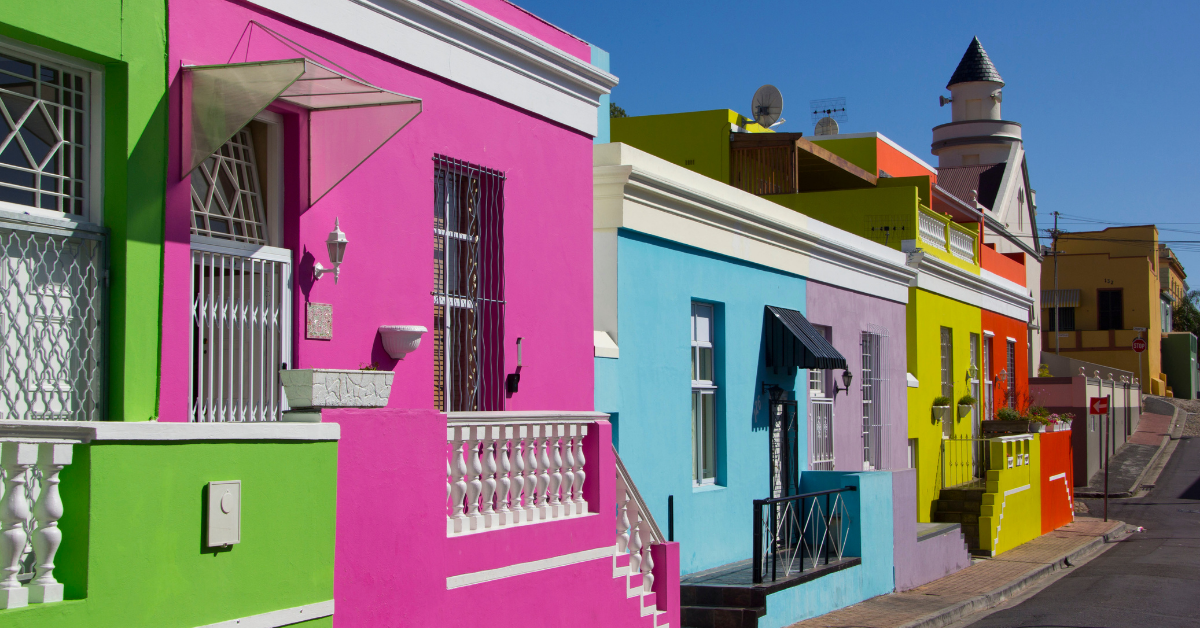 Don’t leave Cape Town without wandering the streets of Bo-Kaap. This neighborhood has some dazzlingly colorful buildings that are a photographer’s dream.

Apartheid, unfortunately, is synonymous with South Africa. And so it’s worth taking the time to visit the Apartheid Museum in Johannesburg.

Then, in Cape Town, visit the District Six Museum and Robben Island to see where Nelson Mandela was imprisoned for 27 years. While there, Mandela commenced his autobiography, Long Walk to Freedom, before becoming the nation’s first democratically elected president. During South Africa’s apartheid era, its government imprisoned more than 3,000 dissidents on Robben Island. Former captives lead tours of the prison, now a museum and UNESCO World Heritage site. 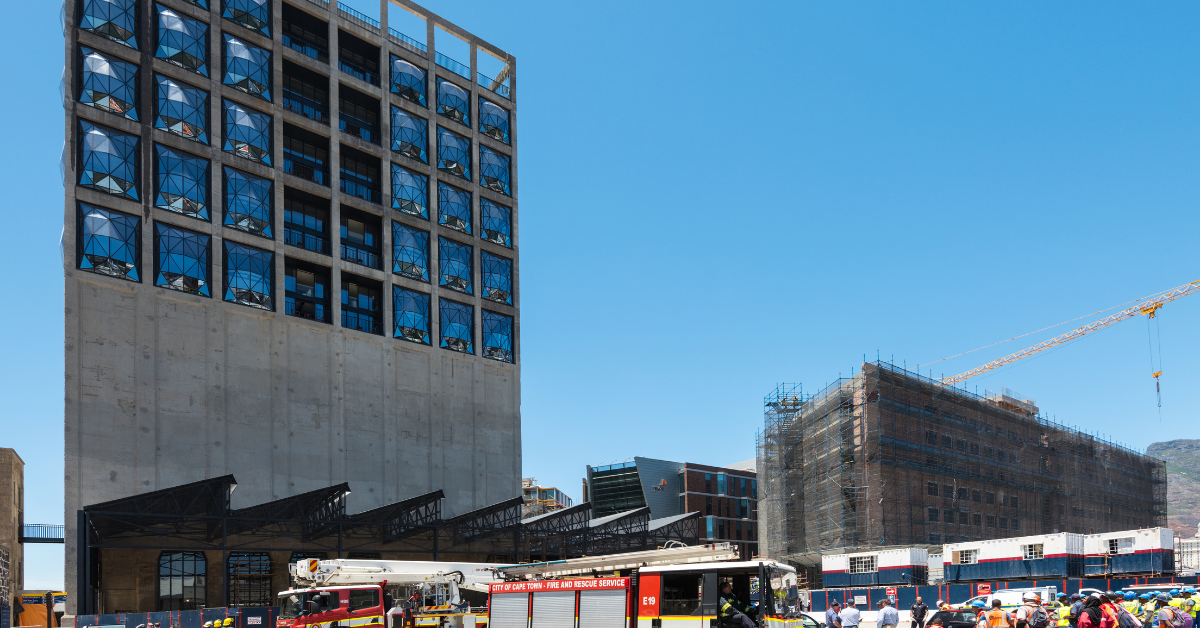 Opened in September 2017, the Zeitz Museum of Contemporary Art Africa (Zeitz MOCAA) is now the world’s largest cultural repository dedicated solely to modern African art. More than 100 galleries showcase works from across the continent and as far away as the UK and United States. The Silo Hotel has been built in the grain elevator portion of the historic grain silo complex occupying six floors above the Zeitz Museum of Contemporary Art Africa (MOCAA).  As a Virtuoso advisor I can give you the VIP treatment at this stunning property.

Johannesburg is South Africa’s largest city and also has plenty to see. First, visit the township of Soweto, once home to Desmond Tutu and Nelson Mandela, and see the house where the former once lived. Other must-dos include the Hector Pieterson Museum, which gives a solemn, informative insight into the Soweto protests of 1976, and more.

With 11 official languages spoken, South Africa has a rich native culture made diverse by global influences. For example, foods like boerewors (a type of sausage typically cooked at a BBQ or “braai”) and vetkoeks (deep-fried dough that’s traditionally filled with curried mince) derive their names from the Dutch-evolved language of Afrikaans. 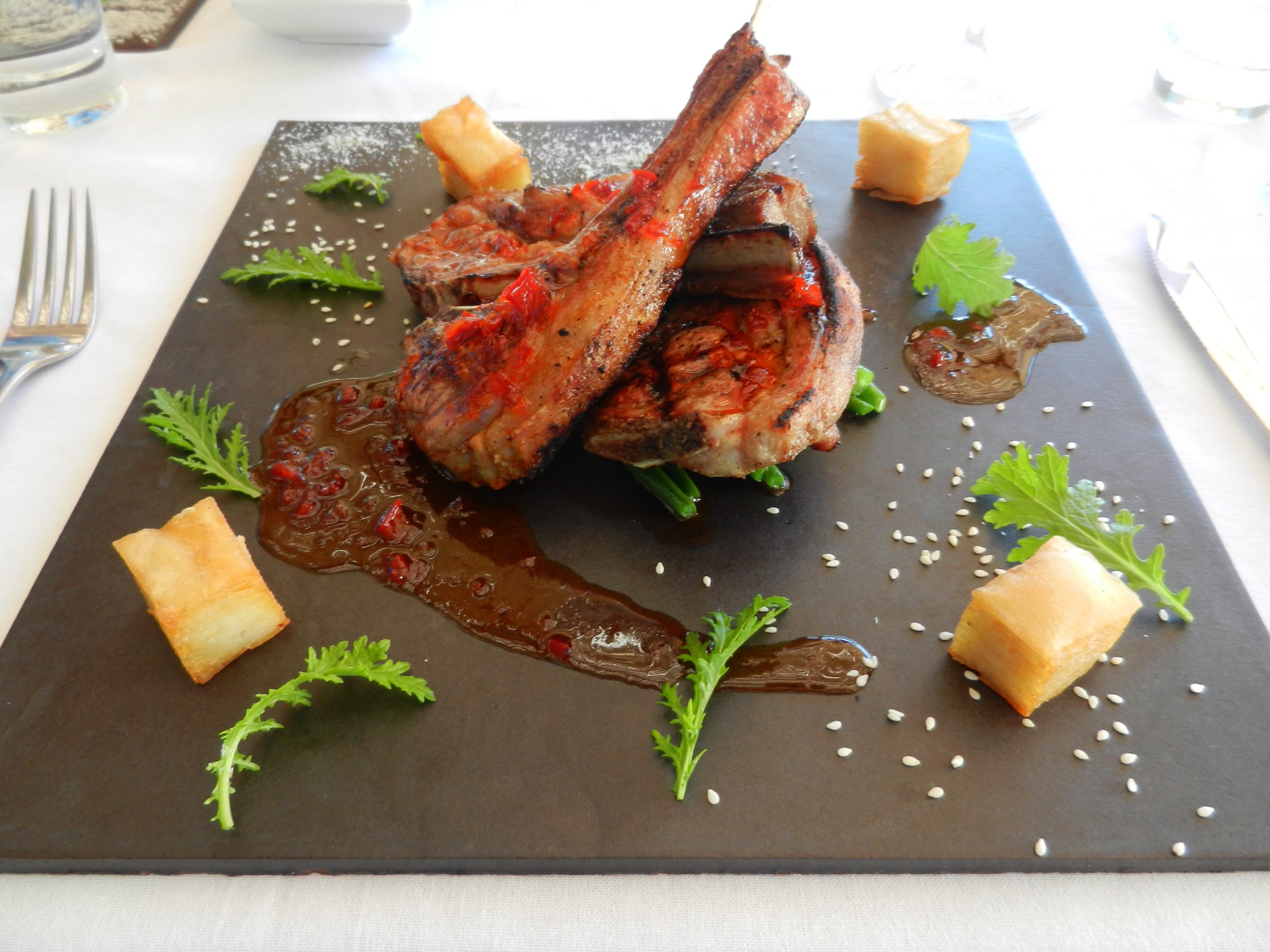 As a gluten-free foodie, I can attest to the fine cuisine of South Africa. Near Kruger National Park, we drove through an area growing fresh fruits and vegetables for miles. Most meat is grass-fed and is delicious. Do not be afraid to try tasty game meat like kudu, springbok, ostrich, or impala. So delicious and not “gamey” tasting at all!

Cape Town, in particular, is home to a growing number of award-winning restaurants; it doesn’t hurt that they tend to cost a fraction of what you’d spend back at home. Both Johannesburg and Cape Town vie for the best foodie scene.

With its 2,500km of coastline made up of the Indian and Atlantic Oceans, South Africa has abundant marine activities. For water sports enthusiasts, spots like Muizenberg Beach and Jeffrey’s Bay are world-famous for surfing and kite-surfing. (Though the infamous great white shark also enjoys these areas, so be sure to listen out for the siren and white flag that signals a shark sighting!) For those that are less hands-on but no less enthusiastic, there is plenty for you to enjoy too. South Africa boasts an astonishing array of marine life. The great white shark and multiple whale, dolphin, and penguin species are just a few you can expect to find. In addition, from June to December, you can spot the southern right, humpback, and Bryde’s whales in South African waters.

Take a whale-watching boat trip from Hermanus – a small coastal town 120km from Cape Town – for your best chance to see some magnificent wildlife.

The combination of towering mountains, beautiful beaches, and picturesque landscapes gives South Africa its well-earned reputation for stunning scenery. Over 60 mountain ranges and a varied climate mean the country has what feels like the whole gambit of topography. One surefire way to pack in as much of this beauty as possible is to drive the Garden Route. The 300km drive stretches from Mossel Bay in the Western Cape to Storms River in the Eastern Cape, and the route takes you through a diverse range of ecosystems, each offering its unique beauty. From sandy white beaches with stunning ocean views to small towns in the mountain foothills, you will see it all. And that’s not to mention the mighty Drakensberg range and Tsitsikamma National Park.

From personal experience, I can tell you South Africa makes a great vacation destination. While we had quite a comprehensive itinerary, including Johannesburg, Kruger National Park, Cape Town, and the Winelands (and a side-trip to Victoria Falls), we were so enamored with South Africa we can’t wait to go back!

Need help planning the perfect South African vacation for you? Click here to set up a consultation to discuss your needs and how I can help you.